Study shows Bitcoin delivered 99.996% deflation against the U.S. dollar over past decade

Inflation in the United States within the last decade has risen by close to 30% whereas Bitcoin has seen its value deflated by 99.996% within the same period. 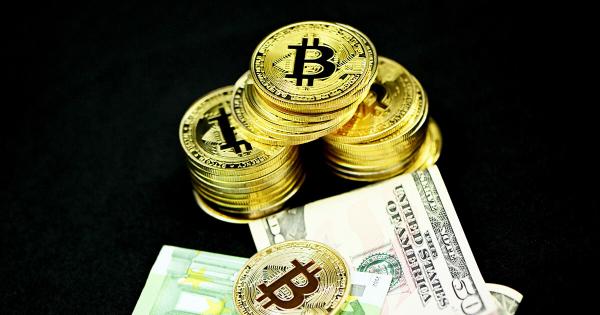 With inflation at an all-time high in the United States, it is no surprise that investors are actively searching for an investment vehicle that would help them to properly hedge against this rising tide. Bloomberg, in one of its recent articles, has revealed that the choice investment asset for many of these investors is the leading digital asset, Bitcoin.

Bloomberg Opinion’s John Authers who carried out research comparing US prices against Bitcoin made an interesting discovery. According to him while the value of Bitcoin has been deflationary in nature, the consumer price index (CPI) in the country has been inflationary. Per the data, BTCs value has deflated by over 99.996% within the last decade whereas the CPI has risen by nearly 30% within the same period.

Over the last decade, the headline consumer price index has risen roughly 28%, and denominating that gauge in Bitcoin shows deflation of 99.996%. In other words, what cost one Bitcoin 10 years ago would now cost 0.004 satoshis, or a smaller unit of the cryptocurrency that now trades at around $65,000.

An interesting argument was made for Bitcoin during the previous week when the authorities released data on inflation in the country. Per the information, inflation rose by over 6% within the last year and it becomes more worrisome when the 1980’s measure for CPI is used, this metric places the inflation level to around 15%.

The rising inflation has led many new investors into investing in Bitcoin because they see it as a viable hedge against the continued rise of inflation.

Economists at Bloomberg corroborated this view as they said that the current rise of BTC to its new ATH was fueled by “inflation fears, with the other half coming from market exuberance and momentum trading.”

Notably, investors in the digital coin, before now, have severally labeled the asset as a viable edge against inflation.

MicroStrategy’s Michael Saylor, for example, has revealed that the reason his company is investing in Bitcoin is because of the Federal Reserve’s relaxation of its policy on inflation. Another notable investor in the space, Paul Tudor Jones, once called Bitcoin a “store of wealth.”