An exploding hash rate should not be taken as a strong indicator of the Bitcoin price rising. 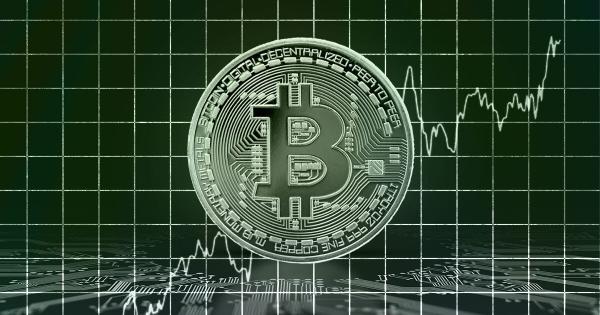 CoinWarz shows the Bitcoin hash rate continues to explode, hitting a new all-time high of 270 EH/s on Monday before settling around the 220 EH/s today.

A rising Bitcoin hash rate indicates the number of miners on the network is growing. This is often taken as a measure of growing miners’ confidence in BTC.

However, considering the looming threat of recession, some even say depression, do the miners know something we don’t?

As an alternative to TradFi, some assumed Bitcoin would act as a risk-off asset. Yet recent data from Bloomberg shows the correlation between the Nasdaq and BTC has never been higher. This suggests trouble ahead for crypto as stocks sink during recessions.

How likely is a recession? An often-used indicator of recession is the yield curve. Typically, long-term debt instruments pay higher yields than short-term debt due to the increased risk of lending over the longer term.

In late March 2022, the spread between the two and ten-year US government bonds tightened to just 0.2%. A continuation of this trend will lead to the yield curve inverting.

The economic outlook is negative with other factors in play, such as pending US interest rate raises and conflict in Eastern Europe.

However, the rising BTC hash rate suggests miners expect the price of Bitcoin to go up, counter to what’s expected considering the state of the macroeconomic landscape.

What is the connection between Bitcoin hash rate and price?

There is debate regarding the relationship between the Bitcoin hash rate and its price.

On-chain Analyst Willy Woo argues that Bitcoin’s price follows the hash rate. This line of thinking contends that a rising hash rate, as we are witnessing now, will lead to the BTC price rising.

However, others believe the hash rate follows price, in that it’s the price that drives miners to want to invest in expensive mining equipment.

Since November 2021, the price of Bitcoin has been trending downwards, yet over this period, the hash rate has been increasing. This relationship counts against the idea that the hash rate follows price because a falling price would see a drop in the hash rate, which isn’t the case.

But then again, this pattern also runs contrary to the notion that price follows hash rate because if this were true, then the rising hash rates that we are seeing now would equate to the  Bitcoin price moving higher.

The only conclusion to draw at this time is that the correlation between the hash rate and the price is weak.