A recent study shows that global Bitcoin mining activity spends as much energy as a whole country. Although actions towards renewable energy adoption in mining have been taken, are they the right ones? 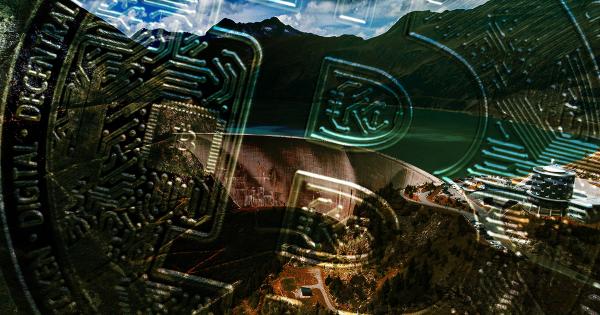 According to a study run by Bankless Times, the carbon footprint created by Bitcoin mining globally accounts for 0.19%, which is the same amount the Czech Republic emits as an entire country.

China’s actions also fueled the surge. Up until 2021, China was the primary Bitcoin mining hub. It accounted for more than 75% of Bitcoin’s hash rate and 44% of crypto miners. In addition, while China mainly relied on coal for energy, they used renewable hydropower to mine cryptos, which lowered the overall energy consumption of Bitcoin mining.

When China introduced a ban on crypto mining in June 2021, most miners had to move to other countries like the U.S., Russia,an a  and Kazakhstan, where renewable energy was not an option. As a result, carbon emissions of Bitcoin mining increased by 17% within six months.

There is no denying Bitcoin’s environmental effect. However, to prevent the damage from increasing, there have been signs of a change within the mining community.

One of these signs came from Elon Musk, where he often uses Twitter to call out to miners and emphasize the importance of switching to a renewable energy source. Last year, he announced that North American Bitcoin miners agreed to commit to renewable sources.

Spoke with North American Bitcoin miners. They committed to publish current & planned renewable usage & to ask miners WW to do so. Potentially promising.

A few months later, he motivated the community towards adopting renewable energy sources by Tweeting that He’ll allow Tesla to resume Bitcoin transactions when 50% of the mining activity takes place using a clean energy source.

This is inaccurate. Tesla only sold ~10% of holdings to confirm BTC could be liquidated easily without moving market.

Another notable action came from a Costa Rican hydropower plant which transformed into a green Bitcoin mining plant. The hydropower plant had been active for the last 30 years when the Costa Rican government recently rejected to buy their energy since there was already a surplus of renewable power.

The plant’s owner, Eduardo Kopper, started looking into other opportunities when he encountered the green energy need in Bitcoin mining to sustain his workers. He immediately decided to transform and stated that it was the best decision he had ever made.

According to a recent study, sizeable traditional energy firms are getting involved in Bitcoin mining. Investing in renewable energy sources that can be utilized for Bitcoin mining presents a unique investment opportunity for these firms.

Is everyone on board?

Some Scandinavian countries argue that directing renewable energy sources to crypto mining is wrong as it diverts renewable power that could be used to decarbonize other sectors. Instead, they say that renewable sources should be spent on required fields that cause the most significant environmental damage.

For example, Iceland utilizes its geothermal and hydroelectric power to generate nearly 100% of its electricity. EU recently decided to attract energy-intensive industries to the island to take advantage of the cheap energy. This promotion is sure to attract miners to the vicinity.

“There are no political or geopolitical risks, the infrastructure is very reliable and the electricity is sustainable and incredibly cheap.”

However, Iceland is not thrilled about the idea. CEO of the Iceland state-owned hydroelectric plant, Hordur Arnarson, stated that Iceland is reaching its limits and have no energy surplus enough for a crypto mining plant.

Moreover, energy analysts warn that Iceland’s delicate situation applies to all countries within the Scandinavian area.