Bitcoin has a better chance of recovering faster than commodities when the market eventually rallies, according to Bloomberg Intelligence's latest crypto outlook report 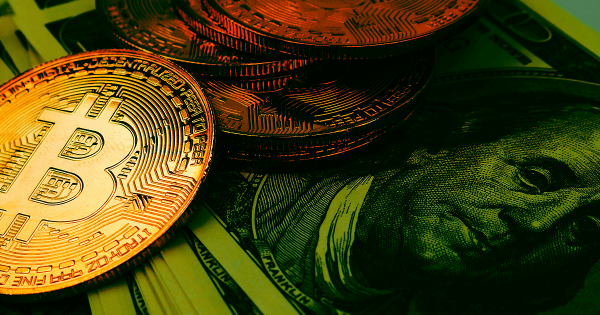 Bloomberg Intelligence’s latest crypto outlook report said Bitcoin (BTC) might begin to perform more like the U.S. Treasury bonds rather than stock equities as it slowly recovers from the recent market crash.

According to the report,  declining bond yields make it very likely that Bitcoin, just like gold and bonds, may rise as deflation sets in.

The Federal Reserve’s monetary policies during this declining global growth and tightening markets “may help pivot Bitcoin toward a directional tilt more like U.S Treasury bonds than stocks.”

The report added that Bitcoin had been one of the best-performing assets since its launch.

Bitcoin may transition into a store of value

The report also acknowledged that Bitcoin has the potential to become a store of value. It pointed out that the asset is already becoming a major risk indicator and, with time, may transition to a store of value.

“Bitcoin’s potential to become digital collateral in a world going that way is exemplified on weekends: It never stops trading and is no one’s project or liability.”

Additionally, the analysts believe that Bitcoin has a better chance of recovering faster than commodities when the market eventually rallies.

Furthermore, the report identified the disparity between equities and crypto and what this means for future performances.

It stated that despite Bloomberg Galaxy Crypto Index (BGCI) having a 70% correction this year, it has still outperformed NASDAQ 100 by about 2.5x –another evidence that the crypto industry has outperformed other assets.

The growth of crypto dollars (stablecoins) is a major sign of crypto utilization. Between August 2018, when the BCGI launched, stablecoins on CoinMarketCap have grown in value from $300 million to $150 billion.

The migration of most crypto value into dollars is a sign of endurance, similar to how futures in the financial market are a potent option to mitigate risks.

The losses recorded in the crypto bear market of 2022 are nothing compared to about $25 trillion wiped from tech stocks globally. According to the report, the decline mirrors the “early days of the internet and the evolutionary period from 2000-2002.”

On Ethereum (ETH), Bloomberg Intelligence wrote that the asset’s transition into a proof-of-stake network could make it a “global institutional-grade asset.”

The report stated that the asset might be mispriced as key metrics like active users, non-zero balance addresses, and transactions have outperformed the last bear market.

“Ethereum’s success will be predicated on its utility for engaging in economic and social activity. Stablecoins, DeFi, NFTs, have emerged as the first smart contract use cases (primitives) which are driving blockspace demand.”