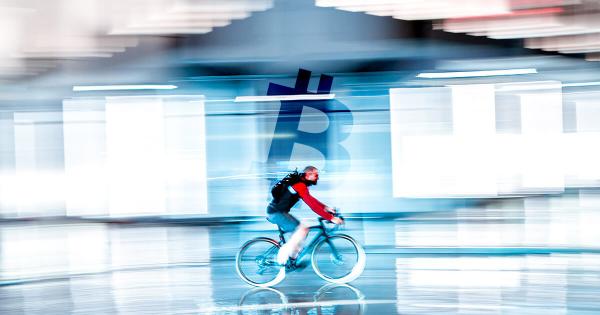 Photo by Gidon Wessner on Unsplash

The price of Bitcoin surpassed $19,000 on November 24, reaching $19,299 on Binance. As BTC rallied, major alternative cryptocurrencies, including Ethereum and XRP, fell sharply.

Whether the trend of profits from altcoins cycling into Bitcoin would continue in the near term remains to be seen. One variable could prevent a broader altcoin market downturn, and that is the $20,000 resistance.

If Bitcoin shows signs of consolidation between the two levels, it could allow altcoins to gain momentum. Ethereum and XRP fell rapidly when BTC initially rallied but has since recovered.

XRP, for instance, fell from $0.72 to $0.567, recording a 20% drop within several hours. Albeit Ethereum saw a smaller pullback, it saw a similar price movement as XRP.

Ethereum declined by 5% as Bitcoin started to make its way towards $19,000 in the same period as XRP.

XRP saw a major drop because of its extreme volatility throughout the day. While XRP peaked below $0.8 on Binance, on Coinbase, it reached $0.9. It caused a frenzy around the cryptocurrency, temporarily causing Coinbase to see downtime.

Following the altcoin market’s pullback, the probability of a near-term recovery is higher than a continued correction.

In the near term, the $20,000 level remains a crucial resistance area for Bitcoin. As such, the probability of an altcoin market recovery would remain high as long as BTC does not hit a new all-time high.

When BTC surpasses $20,000, there is a high chance that it would vacuum most of the volume in the cryptocurrency market. If that happens, the altcoin market’s momentum would likely dwindle in the short term.

An ETH recovery is more likely

Ethereum saw a particularly sharp correction after reaching a multiyear high at $625.

ETH likely saw a deep pullback because of a sell-the-news reaction from the market. On November 24, Ethereum officially reached the threshold for the Eth2 launch.

Considering the tendency of cryptocurrencies to drop after major announcements, ETH possibly saw a larger drop.

But, traders also predicted some short-term consolidation after ETH reached $625. A pseudonymous trader known as “Loma” said after ETH hit $625, one to two days of consolidation is likely. He wrote: