After fears that Bitcoin would tank on the weekend (and it did), the crypto bull run seems to be back in full force as of Monday morning. 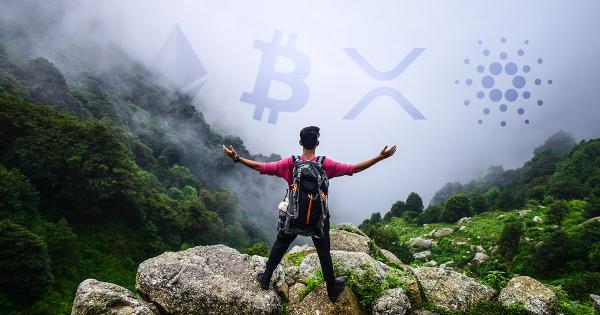 Photo by Rahul Dey on Unsplash

After fears that Bitcoin would tank on the weekend (and it did), the crypto bull run seems to be back in full force as of Monday morning.

According to CryptoSlate market data and CoinGecko market data, there is literally no crypto-asset in the top 100 by market capitalization that is down in the past 24 hours. Well, all except for stablecoins, but those don’t really count.

What the drop in stablecoins and rise in altcoins suggests is a strong capital flow from fiat into Bitcoin, Ethereum, and altcoins.

Many believe that the past week has finally seen the introduction of retail investors back into the cryptocurrency space, hence why there has been mass buying of 2017-era coins that many in crypto now may look at with confusion.

The altcoins benefiting the most from the rally

Ethereum seems to be benefiting the most from the ongoing rally.

Ethereum is seemingly benefiting from expectations that the ETH2 upgrade will launch on time, as analysts have long expected this technological shift to benefit the price of the coin.

Smaller altcoins, too, though, have generated healthy returns for their holders. These include but are not limited to Horizen (ZEN), Nano (NANO), Waves (WAVES), VeChain  (VET), Cardano (ADA), and Tezos (XTZ).

What’s interesting about the cryptocurrencies that are outperforming is that these are all coins that outperformed extremely hard during the previous bull market but have underperformed DeFi ever since.

Decentralized finance (DeFi) coins are performing well today, though this performance of the listed altcoins has caught many investors off guard.

Watch out for a correction

A correction may be loading, though, some analysts have said.

Mohit Sorout, a founding partner at the crypto fund Bitazu Capital, recently shared the data seen below. Sorout is the one that predicted closer to $12,000 that the coin would explode toward all-time highs once it broke out.

As he notes, the funding rates of top Bitcoin futures markets have begun to swing dramatically higher over the past two days.

The funding rate is the recurring fee that long positions pay short positions to keep the price of a future close to the price of the spot market. Extremely high funding rates mean that there are longs out leveraging shorts, and vice-versa.

Bitcoin’s funding rates on leading margin exchanges like ByBit and FTX are reaching highs not seen in literal months, since the $12,500 peak in the summer. In some cases, the funding rate is exceeding those seen in the summer.

Sorout thinks that this is a good sign that Bitcoin’s near-term upside will likely be rather limited.

Deriv participants are full of courage, time for caution pic.twitter.com/DKCnf5qqGH

His comment comes shortly after the trader that three weeks ago predicted Bitcoin would rally to $18,000 also said he is getting skeptical about the rally. This trader noted that Bitcoin’s price action is currently falling below the parabolic uptrend that underpinned this entire rally.

Bitcoin has undergone an extremely strong rally over the past few weeks that has brought the coin as high as $18,900.