The Bitcoin hash rate continues trending upwards even though revenue per terra hash carries on falling. 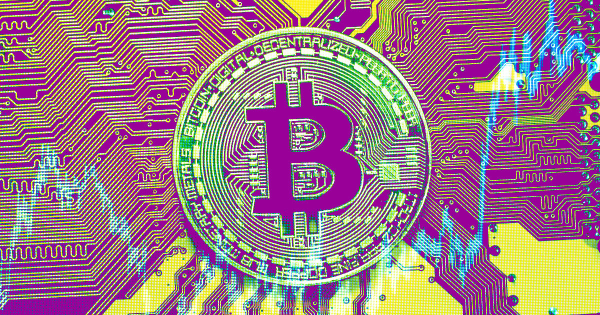 Far from being an outlier, an analysis of the hash rate on a yearly time frame showed an uptrend of higher highs  — despite a drop-off in June following the Terra implosion and subsequent liquidity crisis.

Throughout this period, Bitcoin’s price has been trending downwards, adding further weight to the argument that hash rate and price are uncorrelated.

Since then, macro events have taken hold as market participants exercise caution over the threat of looming interest rate hikes.

Analyst MarcPMarkets recently commented that bearishness in the stock market and the spiking dollar weigh heavy on Bitcoin. He said:

“…the bearish price action in the S&P and new highs on the Dollar are still facilitating an environment that favors LOWER prices over the coming week or two.”

Bitcoin miners are coming under increasing pressure amid price uncertainty. The chart below shows miner revenue per terra hash continuing to slide since the market top in November 2021.

Although a bottom was hit in late May, leading to a gradual increase in revenue per terra hash, recent events have triggered a sharp drop.

Meanwhile, in conjunction with the rising hash rate, mining difficulty is also on the up. On August 31, mining difficulty jumped to 30.98 T — marginally below the all-time high of 31.25 T, which occurred between May 11 and May 24.

For now, it’s all eyes on the Bitcoin price, as further sell-offs will force the least efficient miners to shutter their operations.