The ongoing frenzy in the decentralized finance (DeFi) focused crypto market has led to industry leader Bitcoin lose its “dominance” by a significant percentage, data on tracking site CoinMarketCap shows. 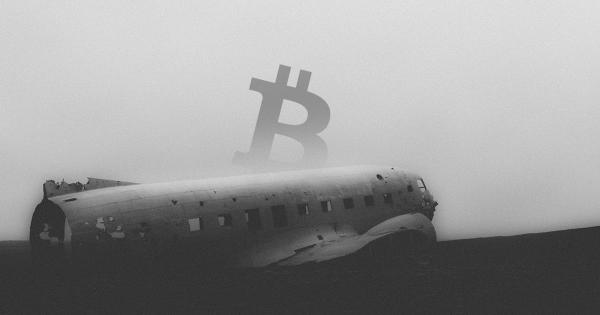 The ongoing frenzy in the decentralized finance (DeFi) focused crypto market has led to industry leader Bitcoin lose its “dominance” by a significant percentage, data on tracking site CoinMarketCap shows.

Bitcoin dominance, the measure of the pioneering digital asset’s market share compared to the broader crypto industry, has fallen to its lowest level since 2019. It’s now a paltry 57.9% of the total crypto market cap, according to data from CoinMarketCap.

It comes as development and fundamental work on Ethereum have hit new highs. For one, the asset’s upcoming ETH 2.0 upgrade, which sees it shift to a proof of stake consensus mechanism, is upcoming which will bring with it scalability and lower fees on the network.

Another is the ongoing boom in DeFi projects, especially those which provide on-chain chain trading, governance, and other exotic offerings such as locking up funds for it to be doled out to over users at a high-interest rate and redistributed to whoever provided the initial liquidity  — a process popularly known as “yield farming.”

But the rise in Ethereum is not all. Other protocols like Polkadot and Cardano are similarly offering vastly improved and upgraded mainnets and blockchains for developers to deploy their own smart contracts or applications without facing Ethereum’s perennial high-fee, low throughput issue. This has put pressure on Bitcoin’s dominance as well.

1/ Today #EMURGO and #Ergo platform mark a historic moment for UTXO based dApps and #DeFi applications. Developers may now build and run Oracle Pools on the Ergo blockchain with the joint release of our smart contracts & off-chain "Oracle Core"? https://t.co/9EFYP5kCIc

Throughout Bitcoin’s history, the asset’s net dominance has always experienced periods of sharp downfalls followed by its regaining market share a few months afterward. This was noticed last in 2017-18 when various ICOs and new tokens stole some of Bitcoin’s market share temporarily.

The above is indicative of traders and investors preferring to remain in Bitcoin or take their altcoin profits back to Bitcoin, instead of other alternatives. However, as stablecoins like Tether and USDC gain prominence, coupled with a retail participant’s shift in interest to Ethereum, Chainlink, and Cardano — Bitcoin enjoying the majority of dominance in the crypto space may not be a permanent fixture.

Meanwhile, Bitcoin trades at over $11,750 at press time, down over $250 from its high of $12,000 on Tuesday evening. It remains in an uptrend, trading well-over the 34-period exponential moving average.