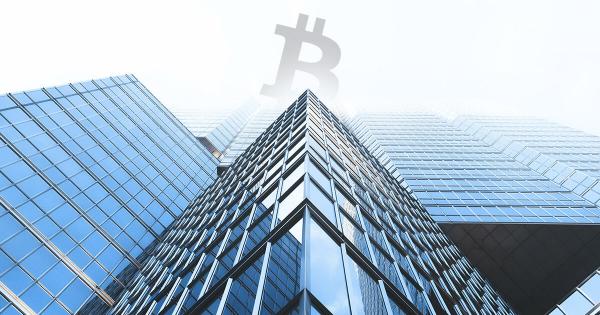 Photo by Patrick Tomasso on Unsplash

At the time, cryptocurrencies were a fad that many mom and pop investors thought could make them rich. Maybe an altcoin could turn their $5,000 in savings to a down payment on a house, or a car.

But as quick as the bubble inflated, it popped, when prices tanked by over 80 percent in 2018 as investors realized the projects they threw millions at had no intrinsic value.

Now, though, things are changing: cryptocurrencies are finally being adopted by institutional players as the bull case for these assets has become tangible.

The study, conducted in association with data firm Greenwich Associates, is not yet released, but it found that “digital assets continue to gain adoption and interest by a variety of institutional investors.”

The results suggest that digital assets continue to gain adoption and interest by a variety of institutional investors.

This echoes a report the firm published 13 months ago, which found that 47 percent of institutional investors surveyed “view digital assets as having a place in their investment portfolios.” This was not expanded on, but Bitcoin seems to be the most common investment mentioned.

Some of the surveyed investors supportive of crypto assets said that they see digital assets as innovative technologies and a non-correlated investment that could add to the risk-return profile of their portfolios.

As reported by CryptoSlate in May, hedge fund manager Paul Tudor Jones, worth in excess of $5 billion, said that the ongoing fiscal and monetary stimulus is proving the value of Bitcoin. He called the asset the “fastest horse in the race” amid this money printing. Jones added that the digitization of currency caused by COVID-19 and by the phasing out of cash will boost BTC too.

And it isn’t only Jones.

The idea goes that with investors with clout like Jones entering the market, the  “career risk for those considering” Bitcoin as an investment or career path has dropped dramatically, opening the market to even more investment from both retail and institutional players alike.

The institutional players flooding into the Bitcoin market are ignoring warnings from prominent firms and individuals in the investing world.

While there were some in the industry expecting the firm to laud Bitcoin, the two executives at Goldman Sachs and the Harvard professor that hosted the call did the exact opposite.

According to slides leaked online, talking points included the arguments that Bitcoin is a non-cash-flow-generating asset, does not properly hedge against risks of inflation, and does not “provide consistent diversification benefits given their unstable correlations.” It was also mentioned that the cryptocurrency enables crime, with the presenters discussing PlusToken and dark web markets.

Other critics include Warren Buffett, the Oracle of Omaha himself.

The billionaire investor has critiqued cryptocurrencies time and time again, often when he appears at his yearly shareholder conference.

This time around, he said in the wake of his lunch with Tron’s Justin Sun that “cryptocurrencies basically have no value,” saying their only use case is to be sold for someone else at a higher price.

“You can’t do anything with it except sell it to somebody else. But then that person’s got the problem.”

Buffett’s latest comments come a year after he said that Bitcoin is an industry for charlatans and that BTC only has as much intrinsic value as his suit button.