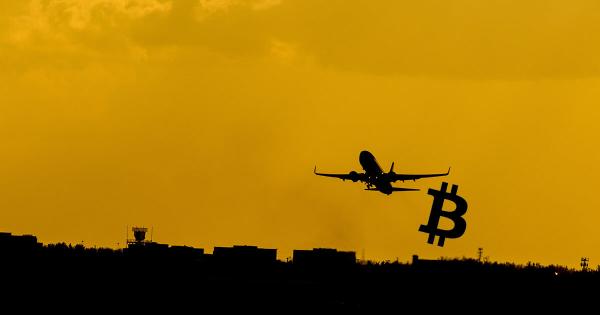 The world’s pioneer cryptocurrency has bounced back to glory after the DeFi summer stole much of the limelight.

As per data on tracking site CoinMarketCap, Bitcoin’s market share dominance is now at 66% after a long “DeFi summer” and a mini-alt season in October. These levels were last seen in 2019, and the years preceding 2017 before that. Bitcoin now makes up for 68% of the entire crypto market as a result, commanding a $433 billion market cap with a current circulating supply of over 18.5 million Bitcoin.

Bitcoin saw a temporary hit to both retail popularity and usage in Q2 of 2020 as decentralized finance (DeFi) coins, networks, and protocols saw increased interest and attracted investment from retail traders.

The period was marked by the rise of food tokens like KFC, YAM, SUSHI, HOTDOG, and several others, with such protocols offering yields of up to 1,000% in some cases. However, most of these failed, and the market has moved on to seigniorage stablecoins since. Some DeFi “blue chips,” such as Yearn Finance, Synthetix, Aave, and others continued to build and maintain both value and popularity, however.

But the king has since bounced back. Bitcoin rose from under $11,000 in July to setting new highs in December. It crossed $24,200 earlier this month after breaking through important price levels like $18,000 and $20,000 (its previous high).

The dominance level has increased over 100% since 2018 when the then ICO frenzy pushed Bitcoin down to as low as 32% dominance. Ethereum rose to its highest level of 18% dominance at the time.

Starting 2020, the narrative for Bitcoin turned positive among traditional market participants and institutional investment firms, with the ongoing pandemic; and the ensuing money printing, further buoying Bitcoin’s popularity among fund managers and investors.

Hedge fund manager Paul Tudor Jones picked up as much as $70 million in BTC futures in Q1 2020, with other managers following his lead. In recent months, Guggenheim Investments, Fidelity Investments, and Asian family offices have also stated that they are either purchasing, or are in the process of purchasing, BTC.

At some point in this #bitcoin bull market, we will likely see Central Banks panic sell gold for $BTC.

It may be surprising to Peter Schiff, but is not surprising to me at all that Gold cannot maintain its levels while Bitcoin is at ATHs. https://t.co/wrUzU84BxI

But the most defining purchase, arguably, has been that of enterprise software maker MicroStrategy. The firm has picked up over a billion dollars worth of spot Bitcoin since September in various tranches to hold in its treasury, with CEO Michael Saylor regularly tweeting about Bitcoin’s use cases since then.

#Bitcoin is the first engineered safe-haven asset running on the worlds's first digital monetary network. As investors lose faith in Gold & Bonds as safe haven assets, it makes sense for all firms to have a Bitcoin strategy.https://t.co/kQ052tIeMG via @YouTube

Such factors, coupled with a “supply-side crisis” as per on-chain analysts, have played their part in Bitcoin’s rise in 2020.

The majority of alternative cryptocurrencies, or altcoins, have fallen by more than 90 percent from their record highs, leading Bitcoin to reclaim its dominance over the crypto market.

For the longest time, a common narrative in the Bitcoin market has been that if the United States dollar rallies, the price of BTC will fall — just as the price of gold normally trends higher on a weak dollar.