Bitcoin’s recent sell-off was further perpetuated by bears last night when they garnered enough strength to push BTC back down to its key short-term support level that currently exists at $8,500. 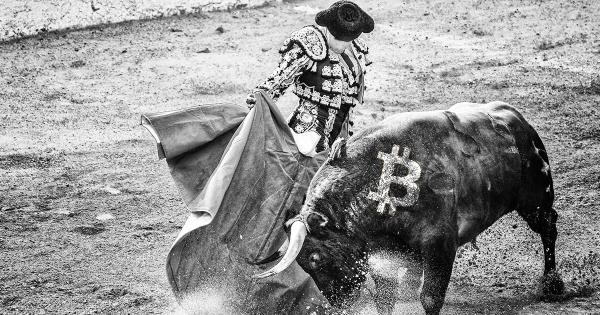 Bitcoin’s recent sell-off was further perpetuated by bears last night when they garnered enough strength to push BTC back down to its key short-term support level that currently exists at $8,500.

The cryptocurrency’s bulls have been able to defend this level over the past 24-hours and have begun to gain some upwards momentum as they attempt to push BTC back into the $8,700 region.

It is important to note that the selling pressure behind this recent movement has been quite intense, signaling to one prominent analyst that Bitcoin is bound to see a further near-term selloff that leads it as low as $8,300.

At the time of writing, Bitcoin is trading up nominally at its current price of $8,680, which marks a notable recovery from its daily lows of $8,500 that were set just a few hours ago.

$8,500 is also the price at which Bitcoin found some notable support at following yesterday’s rejection at highs of $9,200, which further supports the notion that this is the cryptocurrency’s key near-term support level that bulls need to defend.

In spite of the swift rejection that was faced at its intra-rally highs of $9,200 this past Saturday, bears were only able to erase roughly five days of gains, and the crypto is still trading up from its weekly lows of $8,100.

In the time following its drop to its current price levels, bulls have made two futile attempts to push BTC towards $8,750, signaling that there is some slight resistance at this price point.

Selling Pressure Begins Ramping Up, Signaling a Break Below $8,500 Could Be Imminent

One factor that buyers should consider in the near-term is the fact that the selling pressure driving BTC’s downswing from $9,200 has been intense, and it could only be a matter of times before bulls lose their footing.

Cantering Clark, a popular cryptocurrency analyst on Twitter, explained in a tweet that he believes a dip towards $8,300 could be imminent due to the selling pressure behind this movement.

“Pretty heavy selling at the most recent push compared to even the initial heavy dump. I don’t think we get the immediate breakdown some are expecting. I can see floating up to Saturdays low before making a move lower to 8300,” he noted while pointing to the below chart.

Despite the potential bearishness of a movement to $8,300, it doesn’t appear that Clark believes there will be any type of violent retrace as some investors anticipate.