After a jaw-dropping 30 percent rally in two weeks, Bitcoin has finally begun to take some time to cool off. 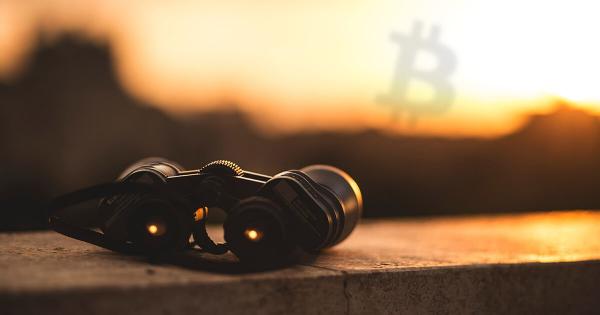 After a jaw-dropping 30 percent rally in two weeks, Bitcoin has finally begun to take some time to cool off. Over the past two days, the cryptocurrency has found itself trading within a tight $350 range, bouncing between the resistance of $8,900 and support of $8,550.

While there are some analysts saying that BTC failing to break above this 4 percent range is a clear sign of a bearish reversal back to the $7,000s and maybe even lower, an eerily accurate cryptocurrency trader has begged to differ.

Why BTC may soon blast higher towards $11,500: top analyst explains

The pseudonymous trader in the middle of 2019 claimed that he expects for BTC to drop by dozens of percent to bottom in the mid-$6,000s, which it did months later. Mind you, he made this harrowing prediction when investors were high on life, claiming that $20,000 and beyond was imminent.

Then, after he nailed that call, Dave went on to state in mid-December that he expected for BTC to break out near the start of 2020. And that it did, with Bitcoin surging 30 percent higher to current levels as aforementioned.

And Dave’s back again. This time, he says that Bitcoin is preparing to break higher than it already has, drawing attention to the below chart which shows BTC is trading in a clear uptrend. Per his analysis, the cryptocurrency’s price will likely surge another 32 percent to $11,500 by the middle of February—just four weeks away.

Backing this prediction, Dave looked to a confluence of factors:

Dave’s belief that Bitcoin will soon move above $10,000 has been confirmed by another pseudonymous trader, Filb Filb, who in October posted the below chart. This analysis, based on miner profitability amongst other factors, accurately called BTC’s sudden vertical spike to $10,000 then the subsequent drop to the low-$6,000s.

It isn’t only the technical indicators that suggest Bitcoin’s return to a bullish state is imminent.

Over the past few weeks, as 2019 has transitioned into 2020, analysts and executives across the industry have thrown out their expectations for the cryptocurrency market in 2020. Interestingly, the consensus is overwhelmingly bullish.

In a research note, Fundstrat Global Advisors, a top market strategy and sector research company based in New York, said that it expects for BTC to rally by over 100% in the coming year due to three fundamental reasons: