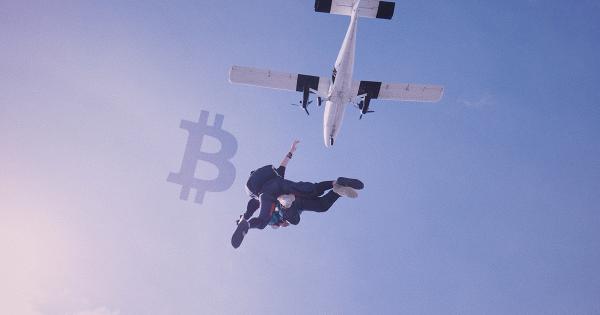 Bitcoin has been on a near-relentless rally higher over the past 60 days, entering a clear uptrend after bottoming at $6,400 in December of 2019. It has gained 63 percent since the local bottom.

Although this is already an impressive feat in and of itself, analysts expected the cryptocurrency’s prospects to turn even more optimistic with the passing of a key price point — $10,500.

However, as soon as the bitcoin price hit the highly anticipated $10,500 level, it immediately slipped by four percent against the USD. The move led even the best performing cryptocurrencies in this rally including Ethereum to plunge by around six percent.

Bitcoin flipping $10,500 into support will be massive for the bull case

So far, the cryptocurrency has rejected that level.

Close above $9500 took price back within old weekly range.

Not chasing this daily engulfing, will be waiting for deeper pullback ($9500) or daily continuation >$10600.

Your spot $BTC is up, why risk it to chase? Enjoy. pic.twitter.com/lhu1QL81Dl

The importance of $10,500 was echoed by analyst Pierre, who wrote in his own analysis that “breaking above this level would lead to my $11,500 weekly target,” though a rejection of this level could lead to a retrace of at least 5 percent.

$10,500 is also important because this price point was the top of Bitcoin’s rally in September 2019, which was caused by China’s embracing of blockchain technologies in an unexpected fashion.

A failure to break past the previous swing high, analysts say, would mark a swing failure pattern (SFP) candle, which would likely mark the top for the ongoing Bitcoin rally should it form.

This inability to pass this key resistance only accentuates its importance for buyers to surmount.

Fortunately, a number of analysts are convinced that investors are likely to push and keep the price of Bitcoin above $10,500 in the coming days, despite the recent failures to do so.

Financial Survivalism, the cryptocurrency trader who at the start of 2020 called for an immediate rally to the $9,000s, recently remarked that the three-day Ichimoku Cloud for Bitcoin is now “fully bullish,” signaling a buy at $10,268, suggesting more upside is imminent.

The 3D Ichimoku Cloud (traditional settings) is now fully bullish and it recently signaled a buy at $10,268. $BTC pic.twitter.com/YrZgDY7wVI

The latest data from Coin Metrics has shown that among the top 12 cryptocurrencies by market cap, Bitcoin was one of the worst-performing major cryptos last week.