Bing, the search engine owned by Microsoft, is following the lead of other major tech companies by banning ads for digital currencies. 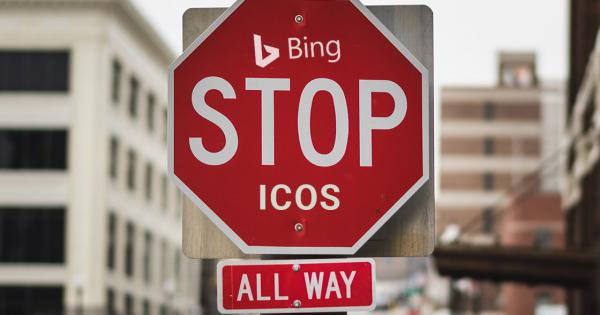 Photo by John Matychuk on Unsplash

Bing, the search engine owned by Microsoft, is following the lead of other major tech companies by banning ads for digital currencies.

As cryptocurrencies began soaring in popularity last year, ads for new projects started appearing across the internet. While many became familiar with the ridiculous “crypto expert” ads that promised the secrets to investment success, advertising for new blockchain-based platforms can be much more difficult to parse.

This confusion and the regulatory uncertainty of the product seems to be what led Bing to ban those ads from their search engine.

The change was announced in a blog post on the company’s website, and it comes on the heels of similar announcements by Google and Facebook. According to the post, these changes will be reflected in the company’s official policies in June, and enforcement will begin later that month.

“To help protect our users from this risk, we have made the decision to disallow advertising for cryptocurrency, cryptocurrency related products, and unregulated binary options.”

New digital currencies and blockchain platforms typically launch through an Initial Coin Offering (ICO) where the company sells issuances of their new digital currency to interested investors. So far, this process has proven to be incredibly lucrative.

Last year, ICOs raised $5.6 billion for new startups, which was a record at the time. However, in just over four months this year, ICOs have nearly doubled that total by netting companies $7.3 billion.

While this has been a boom for new blockchain startups, it has also been fodder for scammers to prey upon the enthusiasm and FOMO that often accompanies ICO investors.

Because it’s relatively simple to launch and ICO and since there is little formal oversight of the practice, it’s possible to lure unsuspecting investors with promises and a compelling ad campaign. Large media platforms are continually demonstrating that they don’t want any part of this behavior.

The Effects are Limited

For Bing, the effect of their decision is less substantial than for other platforms. Google currently dominates the search engine market with as much as 91% of all online searches flowing through their platform. According to The World Economic Forum, Google is the most trafficked website in the world.

Meanwhile, Facebook is the third most popular website in the world with more than two billion active accounts. In contrast, Bing accounts for just over 3% of the world’s search engine traffic.

Bing’s move seems more concerned with the lack of regulatory oversight for digital currencies rather than the viability of qualified projects.

For instance, Microsoft is involved in several blockchain development collectives including the Enterprise Ethereum Alliance, and they are a sponsor of this week’s Consensus conference happening in New York City.