Binance CEO: ‘I Don’t Understand Why the Bitcoin Price Isn’t Shooting Through the Roof’

Changpeng “CZ” Zhao quietly offered a utopian forecast for the cryptocurrency industry and his ubiquitous cryptocurrency exchange, Binance–which he revealed is becoming increasingly institutionally oriented and will launch five to 10 fiat-to-crypto operations in nearly every continent. 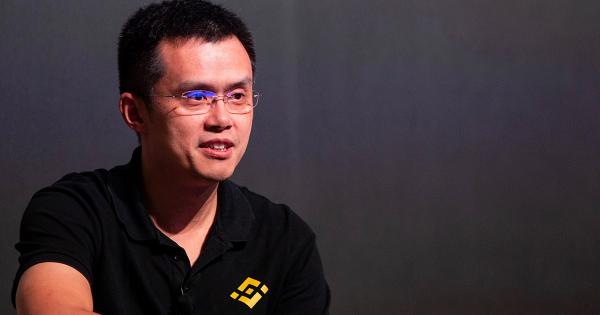 Photo by Pierre Châtel-Innocenti on Unsplash

Changpeng “CZ” Zhao quietly offered a utopian forecast for the cryptocurrency industry and his ubiquitous cryptocurrency exchange, Binance–which he revealed is becoming increasingly institutionally oriented and will launch five to 10 fiat-to-crypto operations in nearly every continent.

Speaking at Consensus Singapore, the Binance chief whip suggested that the regulatory breakthroughs seen last week have now provided an onramp for institutional entrance to cryptocurrency and that the market may have greener pastures ahead.

Zhao was presumably giving the nod to Gemini’s new regulated stablecoin and BitGo’s approval to operate as a qualified custodian, both of which have been widely heralded as pivotal pieces of infrastructure for institutional participation in cryptocurrency. He stated:

“Custodian solutions, insurance, are very important, and stablecoins are very, very important—actually all of those things happened in the last week—I don’t understand why the Bitcoin price isn’t shooting through the roof.”

Where such comments would seem bullish, the Chinese-Canadian billionaire noted that price predictions were not his forté—a foreseeable disclaimer, given his position as chief executive of the world’s largest cryptocurrency exchange by daily volume.

Zhao did go on to offer a data-driven bull flag of sorts, explaining that Bitcoin has exhibited unrelenting growth on weekly, monthly and yearly time scales. There may be little certainty found in Zhao’s obligatory projections; however, the executive explained at length Binance’s devotion to fueling market growth.

Fiat: The Fuel for Crypto

To Zhao, the inability to convert fiat to cryptocurrency with ease may be one of the market’s most debilitating issues, with the logistical hurdles of banks and regulators stalling the market’s growth. Yet, the issue would seem a gauntlet worth tackling for Binance.

“All the money is still in fiat because the crypto market cap is so small; it’s like one thousandth of the U.S. dollar market cap. And the bridges are not very smooth; there’s a bottleneck. That’s why we want to help solve this problem.”

Having embarked on a spree of fiat-to-crypto ventures in Liechtenstein, Singapore and Malta, Binance previously made headlines for its evident interest in the fiat arena.

Zhao’s comments, however, seem to have revealed the depth of Binance’s intentions—having ordained that the exchange will have somewhere in the order of five to 10 fiat exchanges in “different continents around the world.”

When it comes to selecting conquests for Binance, Zhao would appear to steer toward friendlier regulatory waters—in particular, “smaller” nations with more accommodating legislation, stating:

“We are willing to work with any government that wants to work with us. Smaller ones are much easier to work with, because you can talk to the prime ministers directly.”

Despite its prolific expansion—Zhao confirmed $150 million in profits during Q2 and presence in 180 countries—Binance may not be a truly global operation, nor intend to be. To the amusement of his audience, Zhao declined to comment on the company’s possible violation of New York state law and wryly noted that North America may not be one of the exchange’s conquests.

Michael Arrington Praises Binance CEO, Says ‘Bet On CZ if You Can’