Michael Arrington Praises Binance CEO, Says ‘Bet On CZ if You Can’ 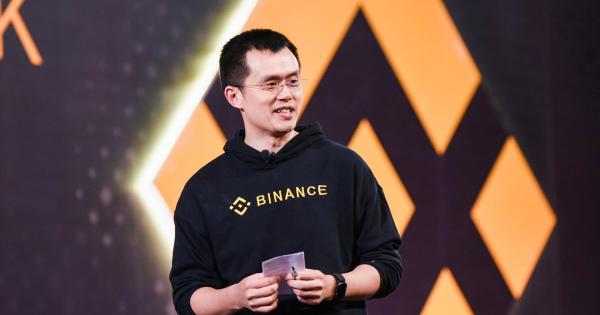 Photo by Sime Basioli on Unsplash

If there were any questions about Changpeng “CZ” Zhao’s leadership abilities, TechCrunch founder and Arrington XRP Capital partner Michael Arrington has put those thoughts to rest, describing Binance’s CEO as the “real f**king deal” in a decidedly unambiguous character appraisal.

I’m going to write a long blog post about @cz_binance this week. I’ve met most of the great business titans of our time. He’s right up there with the best of the best. https://t.co/Whuky9m52O

Arrington’s post also hints that his digital asset management firm will, in an undisclosed manner, support the recently announced Binance LCX crypto-to-fiat exchange; however, Arrington maintained that the post’s true purpose was to “say a few words about the CEO of Binance,” now that the two have met in the flesh.

Musing on his recent encounter with CZ in Liechtenstein, Arrington appears to recognize star qualities in the Binance founder and chief whip–qualities he identified in some of the world’s most influential business magnates during his tenure at TechCrunch. He wrote:

“Steve Jobs, Eric Schmidt, Larry Page, Jeff Bezos, Bill Gates, Mark Zuckerberg and many others. I don’t know if CZ will reach the same level of success as these other people, but I do think one thing–he’s right up there in that group of titans in terms of personality, drive, charisma, etc.”

With a gentle intimacy, Arrington goes on to peel back the layers of the Chinese executive’s winning attributes, describing him as “thoughtful,” “quiet” and “deeply human.”

Arrington, a former lawyer and 2008 recipient of TIME’s “The World’s 100 Most Influential People” award, may himself appear as a judicial judge of character. The post goes on to cite compatriots’ impressions, most of whom sing the same song according to the California native.

“Still, after I tweeted about him people I know started reaching out to me to (mostly) agree. One of those people is David Lee, who formerly ran SV Angel and is currently at Refactor Capital. After meeting CZ he was so impressed he wrote a note to his limited partners.”

Furthermore, Arrington included several of CZ’s aspirations, sourced from David Lee’s notes, including the goal of 1.2 billion Binance users and the revelation that Zhao “doesn’t think we’re in a bear market and nowhere near the bottom.”

As “deeply human” as CZ may be in the eyes of Arrington, he may make for an undefeatable rival. The post concluded:

“Bet on CZ if you can. Don’t bet against him if you can avoid it.”