The downturn of the crypto market has forced Beijing-based Bitcoin mining giant Bitmain to close its blockchain development center in Israel and lay off all of its employees, Israeli business news outlet Globes reported on December 10, 2018. 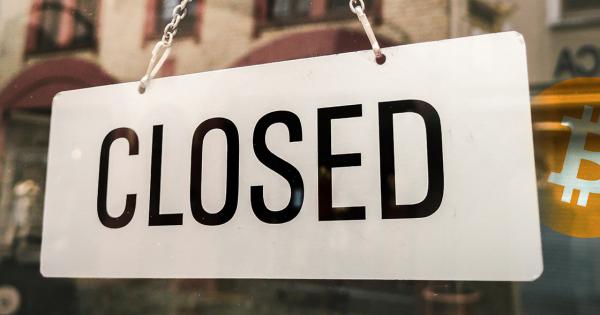 The downturn of the crypto market has forced Beijing-based Bitcoin mining giant Bitmain to close its blockchain development center in Israel and lay off all of its employees, Israeli business news outlet Globes reported on December 10, 2018.

Shutting Down All Operations in Israel

While many predicted that the bear market wouldn’t last longer than a few weeks, the downfall of the crypto market shows no signs of stopping, despite the end of the year getting closer. The extremely unfavorable conditions have already forced many blockchains and crypto businesses to close down or lay off staff in order to remain afloat.

And while most casualties have been smaller startups, the latest one is none other than industry giant Bitmain. The Beijing-based mining rig manufacturer has been hit hard by the crypto market and is struggling to remain profitable.

According to Globes, an Israeli business news outlet, Bitmaintech Israel, Bitmain’s development center set up in Ra’anana back in 2016, will close this week and its 23 employees will be laid off. The head of the company, Gadi Glikberg, who serves as a VP at Bitmain, will also be leaving the business.

“The crypto market has undergone a shake-up in the past few months, which has forced Bitmain to examine its various activities around the globe and to refocus its business in accordance with the current situation,” Glikberg reportedly told Bitmaintech’s Israeli employees.

Neither Bitmaintech nor Bitmain have commented on the news yet, leaving investors worried about the company’s stability.

The news about the shutdown of the Israeli center comes amidst two lawsuits the company is currently facing. A $5 million class-action lawsuit was filed in the North District Court of California against Bitmain’s U.S. and Chinese-based entities, accusing them of unauthorized mining practices.

Another lawsuit was filed against Bitmain, Bitcoin.com, Roger Ver and the Kraken Bitcoin Exchange, with the case alleging that the defendants manipulated the Bitcoin Cash network for their benefit.

In addition to the legal troubles the company has faced in 2018, Bitmain is also struggling with financial problems. Back in September 2018, a report from BitMex Research showed that the company had a net loss of $395 million in the second quarter of 2018.