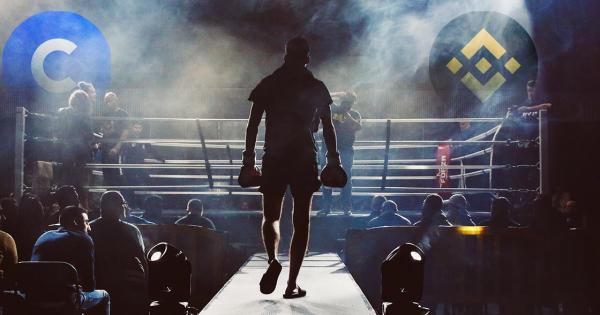 Top crypto exchange Coinbase has added support for IDEX on its official wallet, allowing its customers to trade hundreds of new cryptocurrencies on the third-party “hybrid decentralized” exchange. The move comes months before the purported launch of Binance U.S., the regulatory compliant, North American arm of retail exchange giant, Binance.

As previously reported by CryptoSlate, Binance.US may intend to challenge Coinbase for market share in the U.S. by offering a broader range of assets while maintaining regulatory compliance.

IDEX support is included as part of Coinbase’s freshly-announced WalletLink feature, a bridge enabling Coinbase Wallet users to connect with a suite of decentralized applications on mobile and desktop. In addition to IDEX, WalletLink offers integrated support for Compound, a DeFi-style lending protocol, as well as the Maker stablecoin, and margin trading platform, dYdX.

We’re thrilled to announce WalletLink! Now you can use dapps on any desktop browser while keeping your funds safe in your mobile wallet. https://t.co/hKkV8DBEb9

The IDEX integration may seem a remarkable pivot in strategy for Coinbase, a famously conservative exchange that has had one of the most cautious approaches in the industry to all things regulatory. Decentralized exchanges (DEXes) have in recent years been scrutinized heavily by U.S. regulators for their lack of compliance with regional regulations.

In arguably their most significant action against DEXes to date, the U.S. Securities and Exchange Commission (SEC) in November 2018 settled charges against EtherDelta founder Zachary Coburn for operating an “unregistered national securities exchange”.

Jurisdictional compliance has been a core tenet of Coinbase’s approach, however, and to date the exchange has maintained geographical restrictions on its limited range of supported cryptocurrencies, treading most carefully around assets that could be construed as high-risk in the eyes of local regulators.

Earlier in August, the San Francisco-based exchange barred its customers in the U.K. from trading the privacy coin Zcash in a widely suspected bid to avoid violations of British KYC/AML regulations.

IDEX, since emphatically describing its brand of regulatory-friendly “pragmatic decentralization” has been slowly shifting to a pseudo-decentralized model after blocking New York users in October last year.

As such, in July the Ethereum-based exchange said it would begin a 30-day “transition period” requiring all current users to register their identities and that it would soon start restricting “certain assets” for U.S. customers, starting from July 24th.

The integration comes at a watershed moment in the competitive landscape for U.S. crypto exchanges, with the notion of a Binance outpost in the U.S. seeming to have pushed Coinbase into a fight to retain status as North America’s de facto incumbent.