IDEX Seems to be Shutting up Shop in New York

Wall Street may seem to be primed for a cryptocurrency revolution, but the regulatory fortress of global finance doesn’t seem to be letting down its guard. 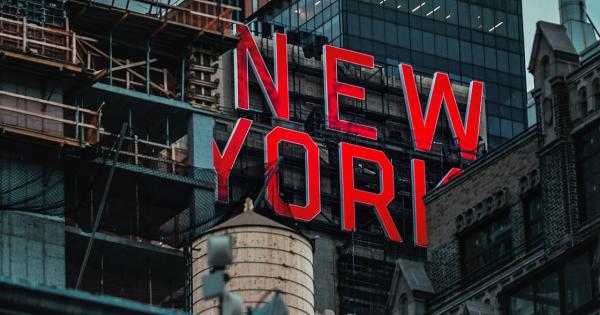 Wall Street may seem to be primed for a cryptocurrency revolution, but the regulatory fortress of global finance doesn’t seem to be letting down its guard. Come Oct. 25, New Yorkers looking to trade on IDEX will likely be in the market for a new decentralized exchange.

Announced in a tweet Tuesday, the ERC20 DEX will be closing the book on new orders coming from IP addresses in the Big Apple, while maintaining full service for cancels and withdrawals.

Where IDEX will apparently ensure affected users will be able to bow out with all holdings, some wouldn’t seem keen on the notion of the “first real-time decentralized exchange” barring users.

A chorus of disdain brewed in the tweet’s comment thread, with accusations centered around the notion that the move lands IDEX firmly in the camp of centralization, as it apparently looks to stay out of hot water pulling out of the notoriously regulated New York.

In a flurry of creative criticisms, memes, and rhetorical questions, decentralization proponents seemed to lash the exchange for violating one of their core tenets.

Coming in the wake of a state-wide crackdown on three of the world’s leading cryptocurrency exchanges, the reasoning behind the move would draw few question marks.

Like Binance, Kraken, and Gate.io, IDEX is not one of the nine sole exchanges that possess a BitLicense, and cannot legally serve customers in New York State.

For many, however, the apparent departure of IDEX will cast a shadow of doubt over the future of decentralized exchanges, which traditionally have been held up as being impervious to the stipulations of global policy, let alone local.