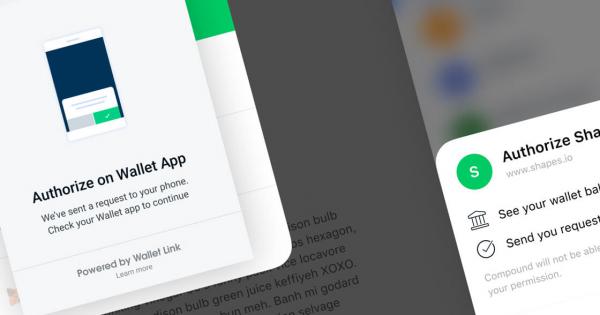 Coinbase’s newly launched decentralized web feature will enable users to access dapps on any desktop browser. WalletLink will securely link users’ Coinbase Wallet apps with their desktop browser, while keeping their funds safe, according to a press release.

The largest cryptocurrency exchanges in the U.S., Coinbase, updated the features offered in their Wallet app. According to the company’s press release, a customer favorite feature of the Wallet has been the ability to explore the decentralized web through Wallet’s mobile DApp browser.

WalletLink has been tested with Google Chrome, Mozilla Firefox, Microsoft Edge, Brave, and Opera browsers, Coinbase said in the release, adding that support for more native mobile apps and cryptocurrencies will roll out soon.

An open-source bridge between dapps and desktop browsers

WalletLink solves almost all of these problems, requiring users only to scan a WalletLink QR code with their Wallet apps to access dapps on desktop. This creates a secure encrypted link between the users’ Wallet app and their browsers which supports persistent connections to multiple dapps. This means that users won’t have to scan a QR code each time they want to use a new dapp.

The company also announced that WalletLink will be open-source, making it available for any dapp developer and wallet to integrate into their product. Four major dapps, including borrowing and lending platform Compound and stablecoin Maker, have already launched support for WalletLink. According to the release, support for Uniswap and other popular dapps will be coming soon.