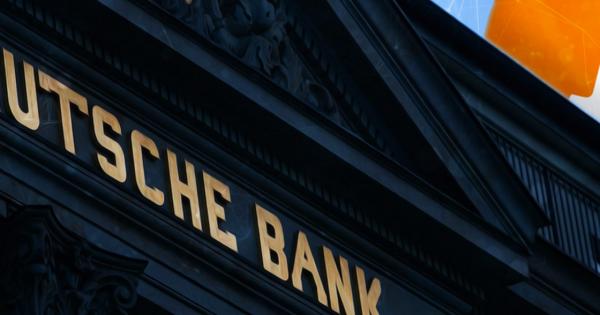 After spending the first ten months of 2017 climbing toward the unprecedented $10,000 mark, Bitcoin took a mere four weeks to achieve $15,000. Gains of $1,000 or more per day have not been uncommon, and the digital currency appears to be headed straight toward $20,000.

However, it should come as no surprise that banks are worried about Bitcoin’s meteoric rise. A recent Deutsche Bank report indicates that it considers Bitcoin to be a liability for the global economy.

Deutsche’s chief international economist, Torsten Slock, is preparing for the new year by releasing a list of 30 global risks that could impact financial markets. Bitcoin is sitting in the top half of Slock’s list. As a risk, it’s ahead of the threat of war with North Korea or public scandals involving President Donald Trump.

Presumably, the fear is that Bitcoin’s massive bubble will pop sometime during 2018, and there will be undesirable effects felt across the financial landscape.

Fear of the Bitcoin Bubble

Speculation that Bitcoin is a bubble is nothing new. J.P. Morgan Chase CEO Jamie Dimon famously likened Bitcoin to a fraud and predicted its impending demise. With each new height, pundits and skeptics raise their voices louder and declare the imminent death of the digital currency.

In a recent editorial in The Wall Street Journal, Lawrence Baxter proudly asserted Bitcoin’s shortcomings and predicted that, before too long, it “will have crashed to zero.”  However, rumors of its downfall have been greatly exaggerated, and Bitcoin’s price has continued to rise. That’s the problem, argues Slock.

With cryptocurrencies attaining a total market cap of more than $500 billion, Slock believes that a market correction could have widespread effects on the general economy.Slock argues that if Bitcoin is a bubble, then many people will experience profoundly adverse effects from its downfall.

However, when examined more closely, Slock’s claims are more hyperbole than reality.

First, while a $500 billion market cap is an impressive number, it’s problematic to use market cap as a means of comparison.

For example, Bitcoin’s market cap is often lauded as being more robust than that of financial giants like Citi Group and Visa. In a sense, that’s true. In his article “It is Time to Stop Talking About Bitcoin’s Market Cap,” Aaron Back explains that,

“These [market cap] comparisons are dubious. Bitcoin’s market cap is simply its current price in dollars, times the total number of Bitcoins in circulation. This comparison gives an exaggerated impression of Bitcoin’s relative size. For Citigroup, the more apt comparison would be to its total assets, which were $1.8 trillion at the end of September. For Visa, the more interesting comparison would probably be the amount of payments processed by the card network vs. Bitcoin’s blockchain.”

Moreover, Bitcoin’s decentralized nature would help distribute any ill effects from a possible bubble crash. According to the Wall Street Journal, around 50% of Bitcoin purchases investors are coming from Asia, with the other half primarily dispersed between the U.S. and Europe.

Bitcoin is a borderless currency that is separate from central banks and major financial institutions. Investors would feel the effects of any disruption in Bitcoin’s value, but it’s unlikely to have the cascading effect that the dot-com and housing bubbles inflicted on an entire economy.

Of course, the more that traditional financial institutions intertwine themselves with the crypto ecosystem (i.e., BTC futures contracts), the greater the risks for a larger economic impact. As CBOE and CME Group offer mainstream investors their first direct access to crypto markets through futures contracts, Slock’s warnings become more prescient and more concerning.

Another Take from Deutsche Bank

Interestingly, another key figure from Deutsche Bank recently spoke out about Bitcoin. At a global market outlook breakfast in Manhattan on Tuesday, executives at Deutsche Bank were in agreement that the cryptocurrency is here to stay. Peter Hooper, the bank’s chief economist said:

“The whole idea [of Bitcoin] has a potential future, but it could be better designed. Ultimately, we’re going to have to find a way to accommodate and regulate to avoid the problems. The bigger this becomes the more it is going to attract regulatory interest.”

It’s understandable that some bankers would be worried about Bitcoin’s impact on the general economy. Still, Bitcoin seems more likely to endure some frustrating growing pains than it does to completely implode and cause a global financial disaster.