Ethereum devs confirm ETH 2.0 will NOT go live in July, despite widespread rumors

Ethereum’s much-awaited move to a PoS consensus algorithm, the so-called 2 or “Serenity” update, just got longer. 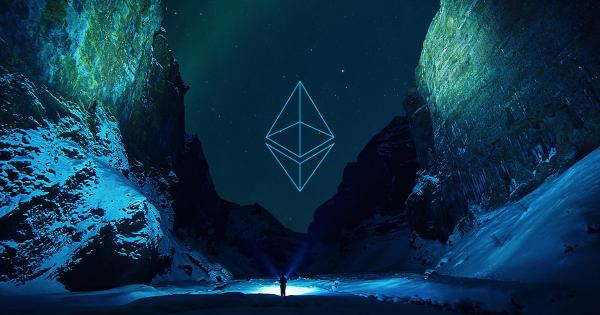 Ethereum’s much-awaited move to a PoS consensus algorithm, the so-called 2.0 or “Serenity” update, just got longer. Project developers confirmed late on May 12 any purported shipping dates were a clear case of miscommunication.

It’s not coming in July

Serenity has been in development since early-2018. The update is to Ethereum what the halving was to Bitcoin, in terms of both media presence and protocol update.

Ever since Ethereum core developer Afri Schoeden stated the “Schlesi” testnet was active and running, rumors mills have stated and extensively reported on a mid-July date for mainnet.

But Afri’s tweet on May 12 confirmed any upcoming dates were out-of-question, even indicating “going on stage” to confirm dates was not a “helpful” act. The developer was referring to Vitalik Buterin, co-founder of Ethereum, who reportedly answered with a “yes” to journalists when questioned about a July launch at the ongoing Consensus: Distributed 2020 event.

What Marco said. It's simple math.

The final spec is not implemented in any client and we didn't launch a coordinated testnet yet.

Going on stages or panels and putting out dates is not helpful at all. I don't think Vitalik said July. But I didn't see the talk.

Buterin was quick to confirm and deny any talk of a July launch:

Yeah I did not say July. Perhaps the question contained the word July but I did not hear July when it was asked.

Twitter users were quick to ask the developers about when a launch date is expected. However, as any software development would answer, testing periods take a long time and cannot be rushed, especially in a distributed protocol with no centralized oversight.

Afri’s tweet was a response to developer Marco Levarato, who isn’t associated with Ethereum:

It’s impossible that will go live in July, there isn’t an official multi client testnet and this “coming soon” testnet needs 2 months of flawless run. We are in the mid of May

Leverato noted the 1.0 protocol needed an important update to its “BLS signature” framework, calling it an essential step before 2.0 is launched. He noted the upgrade should arrive on Ethereum’s “Berlin” update, which has not been announced yet.

A few thread commentators explained the update did not necessarily require the BLS update in terms of functioning. However, Berlin comes handy for the creation of a light client and a better UX, stated Ethereum Foundation’s Hudson Jameson.

I don't think the Berlin hard fork is an impediment to Eth 2.0. The BLS signature curve is definitely going into Berlin, but it can be utilized after the Beacon chain launches is my understanding. I could be wrong.

While ETH 2.0 may not be arriving soon, the Schlesi testnet has been functioning without errors. The multi-client framework, which helps interoperability and developer collaboration, is an important step towards Serenity, as CryptoSlate previously covered.

Hudson Jameson is an Ethereum enthusiast and core developer liaison with a rich background in blockchain projects. Learn More

In light of COVID-19’s global impact, CoinDesk’s Consensus will now be a completely virtual experience at no charge. Learn More