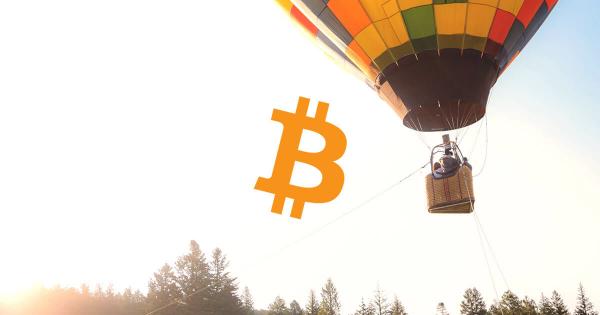 Analysts are noting that today’s rally has allowed the crypto to surge beyond a key resistance level that could have been the one thing holding it back from surging to $10,000.

It is imperative to note that although there is bound to be some resistance between BTC’s current price and $10,000, this number — which is the proverbial gateway into the coveted five-figure price region — is also the level that needs to be broken above in order for the crypto to post a long-term trend shift, according to one analyst.

At the time of writing, Bitcoin is trading up just under 7 percent at its current price of $8,100, which marks a notable surge from its daily lows of $7,560 that was set just prior to the start of yesterday’s rally.

Bulls have been generating momentum ever since the crypto set its multi-month lows at $6,400. This momentum appears to have reached a boiling point today, as buyers are now attempting to spark another major uptrend.

Raoul Pal, a popular investment strategist, explained in a recent tweet that today’s surge allowed BTC to break above the upper boundary of a descending wedge, which means it may soon reach $10,000, which remains a key level for the cryptocurrency.

“Following on from yesterdays tweet thread, Bitcoin is breaking higher from the wedge. It really needs to clear $10,000 to show that a full trend change is in place. Let’s see what develops over time… BTC Bitcoin,” he noted while pointing to the below chart.

Analyst: Follow Through on This BTC Movement is Critical for Bulls

In order for this movement to result in a massive rally that sends Bitcoin to $10,000, it appears to be critical that bulls continue pushing the crypto higher with unwavering volume.

Scott Melker, a popular analyst and trader who goes by the pseudonym “The Wolf of All Streets,” spoke about the importance of how bulls respond to the ongoing rally in a tweet, saying:

“BTC: Today’s daily volume is already larger than yesterday’s. That is bullish. Follow-through is key.”

If bulls are able to continue to maintain their strong buying pressure over the coming hours and days, this rally could be the start of something much larger.

Why an investment firm believes Bitcoin will rally 430% in 2020