UAE Exchange, one of the leading global money transfer and exchange solutions, plans to implement RippleNet into its service by Q1 of 2019. 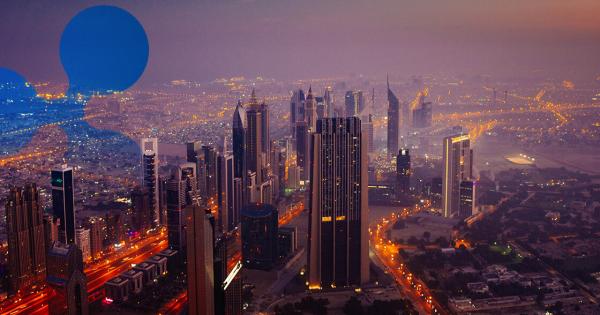 UAE Exchange, one of the leading global money transfer and exchange solutions, plans to implement RippleNet into its service by Q1 of 2019. The move would make UAE Exchange the largest payment solutions provider in the Middle East to use Ripple’s technology.

Ripple has secured another banking partner, this time in the UAE. UAE Exchange plans to launch cross-border remittances to Asia via Ripple by Q1 of 2019, UAE Exchange’s CEO said in an interview with Reuters:

“We expect to go live with Ripple by Q1, 2019 with one or two Asian banks. This is for remittances to start with, from across the globe into Asia.”

The two partner banks were not mentioned, but it is likely that those banks are located in India, a country which is the largest receiver of remittances internationally. The founder of UAE Exchange, Bavaguthu Raghuram Shetty (B.R. Shetty) has deep ties with India, and the UAE and other countries in the Middle East tend to have large Indian migrant populations.

In February, UAE Exchange joined RippleNet, Ripple’s enterprise blockchain network of over 100 member banks and financial institutions. According to a press release from Ripple, the partnership would allow UAE Exchange to provide real-time messaging, clearing and settlement of financial transactions for global banking and payment partners. These changes would offer customers of UAE Exchange an enhanced payment experience and competitive rates, speed, transparency, and efficiency, as stated in the press release.

Dilip Rao, Global Head of Infrastructure Innovation at Ripple had the following to say about the partnership:

“We chose to focus on solving inefficiencies in key corridors where payment flows are significant and growing. Adding a market leader like UAE Exchange to RippleNet will bring instant, certain, low-cost payments to the millions of retail customers in the UAE who send money abroad.”

Promoth Manghat, CEO of UAE Exchange is optimistic about how the integration will make the company more competitive:

“The early adoption of this game-changing technology allows us to offer a competitive service, as it will have an impact on the speed and cost of cross-border transactions. We are proud to deliver the future of payments with Ripple.”

UAE Exchange is part of Finablr group, a global conglomerate of payment and foreign exchange solutions. In addition to UAE Exchange, the group also includes Xpress Money and Travelex.

The company was founded by Indian billionaire B.R. Shetty. Shetty established UAE Exchange in 1980 in an attempt to ease the process for expats sending money to their families and respective home countries.

By 2016, UAE Exchange had expanded into over 31 countries and had approximately 800 direct offices. In 2014, it did over $50 billion in remittances and exchange volumes.

In a statement on the history of UAE Exchange from Shetty, reported by Emirates 24/7:

“The company has not only turned around, but UAE Exchange is today one of the most successful money exchange companies that account for a major chunk of annual remittances to India. It has around 750 direct offices across 32 countries, employs 9,000 multinational employees and caters to 20 million customers per year.”

Remittances Globally and in the UAE

According to a report by the World Bank, nearly $690 billion in remittances are conducted globally, up 10 percent from last year. The UAE hosts a large population of expatriates and migrant workers.

The Migration Policy Institute estimates that 90 percent of the UAE’s labor force comes from India, Pakistan, or Bangladesh, with many of these workers sending remittances to their families back home. India is the world’s largest receiver of these remittances globally, receiving over $80 billion in 2018.

State of the Remittance Industry

According to the World Bank Prices Worldwide Database, the cost of sending a remittance to a low or medium income country is estimated at a whopping 7.1 percent. A service such as Ripple’s could significantly reduce the cost of these transactions, allowing migrant workers to send more money home to their families, as well as stimulate these developing economies.

At the moment, most remittances happen by conventional channel agents, such as Western Union, Ria Money Transfer, MoneyGram, and UAE Exchange. The rest of the market is fragmented, with smaller players getting squeezed by increasing regulatory costs and compliance requirements. However, with the proliferation of internet access, online and mobile payments have also grown substantially. This increase provides a perfect opportunity for the implementation of cryptocurrency-based payments.

Even the World Bank sees blockchain and cryptocurrency as a potential tool for increasing the availability and decreasing the cost of international remittances:

“In the near to medium term, the technology [of blockchain] may be applied to reduce infrastructure costs… for cross-border payments and regulatory compliance… Smart contracts in the blockchain can help create a streamlined payment system by eliminating physical documentation and automating contract execution. This has the potential to significantly reduce remittance costs.”

That said, Manghat indicates that more work needs to be done before Ripple and other blockchain-remittance technologies are ready for the general public:

“Blockchain holds tremendous promise for the industry, but there is progress to be made before we see it go fully mainstream…”

Although there’s no direct mention of Ripple regarding remittances, the company is arguably best poised to capture the market. At the moment, Bitcoin controls cryptocurrency-based remittances, with the highest volume in terms of dollars moved on a daily basis. That said, due to comparatively high fees, longer transaction times, and lackluster speed of development compared to other projects, Ripple is said to have the qualities to overtake Bitcoin.

Considering Ripple’s network of institutional partners and deep pool of finances to draw from, the company could come to potentially dominate crypto-based remittances and interbank payments. Right now, the company is only beginning to tap markets like the UAE. However, as Ripple gains more traction and access to larger markets, it is possible that it could compete with or even succeed the ubiquitous SWIFT banking system.

How Bitcoin, Ethereum, and Ripple-Backed Loans Will Change Crypto