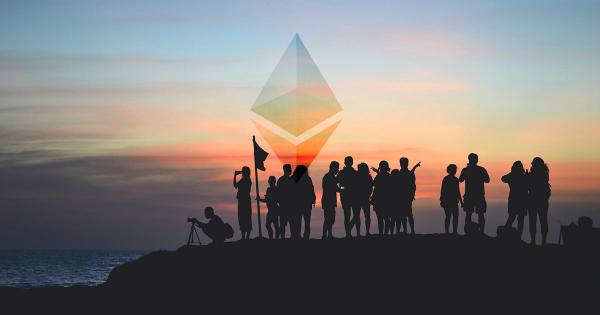 The Graph evaluated 1 billion queries on the Ethereum blockchain network in June. It discovered that 24 percent of user activity came from non-decentralized finance (DeFi) platforms.

A surprisingly high level of user activity on Ethereum came from entertainment-related applications. The usage of decentralized applications (DApps) related to gaming and collectibles rose by nearly two-fold.

Eva Beylin, a researcher at The Graph, wrote:

“Currently DeFi makes up 76% of total query volume (all-time), however there has been growing diversification in usage. Entertainment applications such as arts and collectibles and gaming now make up 12% of total volume, while they only made up 5% of volume 3 months ago. Software computing platforms, DAOs and marketplaces are also highly popular.”

According to Set Protocol’s marketing manager Anthony Sassano, the diversification of user activity presents an optimistic trend. It indicates that Ethereum is not concentrated in a single market in DeFi.

In recent months, particularly since May, the DeFi sector recorded rapid growth. The total value locked on DeFi platforms surged, as investors increasingly started to use newly-emerging DeFi protocols.

The expansion of the DeFi market is positive, but it might also present a risk of market concentration. If DeFi accounts for most of Ethereum’s usage, and the sector slows down, it could result in slowing Ethereum growth.

In that regard, the diversity of user activity on the Ethereum blockchain network could result in more stability for long-term growth.

“This speaks to the fact that Ethereum is not locked down to just one use-case or vertical. Just because most of the community and users are playing in the DeFi sandbox, it doesn’t mean that people can’t play in other sandboxes.”

In early March, total daily queries on the Ethereum blockchain network were averaging below 15 million. By late June, the number of daily queries surpassed 60 million.

On-chain numbers suggest that the user activity on the Ethereum blockchain has grown by more than four-fold within four months.

The rapid growth of Ethereum is especially buoyant, considering the so-called “Black Thursday” briefly caused ETH drop by over 60 percent.

At the time, analysts were concerned that the fear surrounding cryptocurrencies might stall the trajectory of Ethereum.

As developers continued to launch new DApps and protocols throughout June, it catalyzed the recovery of Ethereum.

“Growth in liquidity, trading volume and new token holders has spillover effects across dApps, like exchanges. This is the beauty of open and permissionless protocols, applications can build on the success of other applications.”

Overall, analysts remain positive that the rising demand for DeFi is supplemented with increasing usage of non-DeFi DApps. 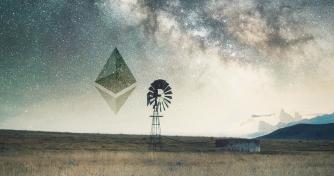 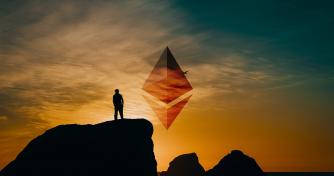