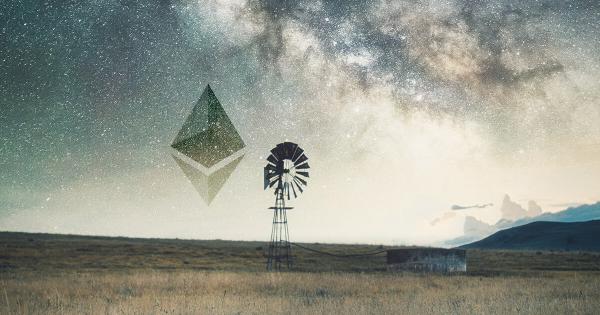 Photo by Thomas Bennie on Unsplash

The growth incurred by the ETH-based DeFi sector has fueled a myriad of narratives regarding the fundamental strength of the cryptocurrency, but this has yet to translate into any positive price action.

One data analyst is now explaining that he doesn’t expect Ethereum to outperform the broader DeFi sector until towards the end of its upwards cycle.

He contends that new money entering the space will feel that they are too late to catch the parabolic upside seen by many of the smaller tokens, and will instead opt to purchase ETH.

This buying pressure could fuel the next major uptrend.

Over the past month, tokens related to the decentralized finance ecosystem have seen gains that harken back to those seen by the aggregated crypto market in 2017.

Many tokens have incurred parabolic momentum that is being driven by an influx of new investors and users.

Although partially driven by pure hype and “fomo,” many protocols related to these ERC-20 tokens are seeing increased utilization.

According to data from DeFi Pulse, the total value of crypto assets now locked within DeFi protocols totals at over $2 billion. This is nearly four times the total locked value seen this past March.

Although based on Ethereum, the growth within this fragment of the crypto market has not benefited ETH thus far, but one analyst is noting that this could soon change.

A popular data analyst who goes by the pseudonym “Ceteris Paribus” explained that he anticipates Ethereum to outperform these tokens towards the end of their parabolic growth cycle.

“ETH probably doesn’t outperform until near the end of this defi cycle. Not b/c defi profits will move to eth, but because new money coming in will have missed the 10-50x returns, see that ETH has still trended relatively flat, and buy eth instead as it’s a safer & simpler r/r.”

How long can DeFi tokens rally before seeing a pullback?

According to CryptoSlate’s data, the aggregated DeFi sector is currently up 13.5 percent over the past several days.

The sector has a 24-hour trading volume of just under $555 million and is collectively worth $3.38 billion.

Its size relative to the crypto market is rather small. Ethereum alone has a market capitalization that is worth roughly eight times that of all the tokens within the DeFi sector.

Ceteris Paribus added that although he doesn’t expect these tokens to see rallies of the same “exuberance” to those seen in 2017, there is still room for growth.

“No defi token has a (current) market cap >$1B. Last cycle xrp was worth more than 1/10th of a trillion. There were more than 40 coins that reached >$1B. Don’t think we’ll get the same exuberance as 2017, but you can’t predict where a trend ends.”

That being said, it could be quite a while before Ethereum is able to catch the tailwinds created by the assets within the decentralized finance ecosystem. 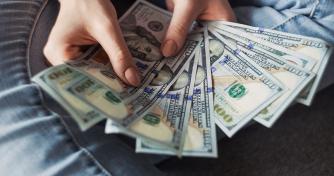 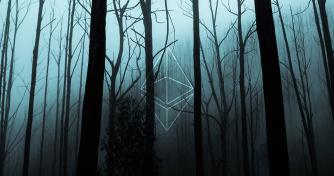