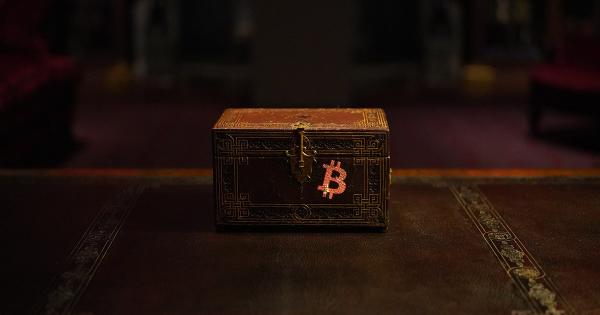 Photo by Jouwen Wang on Unsplash

Bitcoin has had a rough day, with the benchmark cryptocurrency plummeting towards the low-$9,000 region as bears gain full control of BTC’s price action.

This intense downwards pressure seems to mark an extension of the selling pressure that was first incurred when Bitcoin faced a sharp rejection at $10,000 this past Sunday.

In spite of the overt bearishness of the cryptocurrency’s current price action, it is important to keep in mind that one technical indicator is now showing that BTC could be significantly undervalued at the moment, suggesting that its mid-term uptrend may still have room to extend.

At the time of writing, Bitcoin is trading down just over 3% at its current price of $9,385, which marks a notable decline from daily highs of $9,700 that were set yesterday morning.

The ongoing selloff has marked an extension of the downwards momentum that was catalyzed by this past Sunday’s rejection at $10,000, with its inability to recapture its position within the five-figure price region pointing to the idea that further downside is imminent.

“BTC: Another day another low. And just like that, the bear structure continued to evolve.”

If Bitcoin’s bulls are unable to begin absorbing this selling pressure and fail to push the cryptocurrency higher, its intense bullishness seen throughout 2020 could soon dissolve.

This technical indicator shows BTC has room to grow

In spite of Bitcoin’s short-term bearishness, one technical indicator seems to suggest that the cryptocurrency could soon be on the cusp of seeing further upside, as it may be highly undervalued at the moment.

Glassnode, a blockchain research and analytics platform, spoke about Bitcoin’s MVRV Z-score in a recent tweet, concluding that it has “much room to grow.”

“The MVRV Z-Score is used to assess when Bitcoin is over/undervalued relative to its fair value. It can be used to identify market tops (red) and bottoms (green). Current value indicates there’s much room to grow for BTC.”

It is certainly a strong possibility that Bitcoin’s ongoing selloff will cut deeper, but its mid-term outlook still appears to be highly bullish.

Why the analyst who called Bitcoin’s crash to $3,000 believes market could crater

Despite the short-term volatility Bitcoin has faced, the cryptocurrency has held up surprisingly well, holding the crucial $9,500 support on a daily and weekly basis as if its life depended on it.

The Dow Jones Industrial Average (DJIA) plummeted by 850 points upon opening, as fears towards the coronavirus outbreak hit its peak.