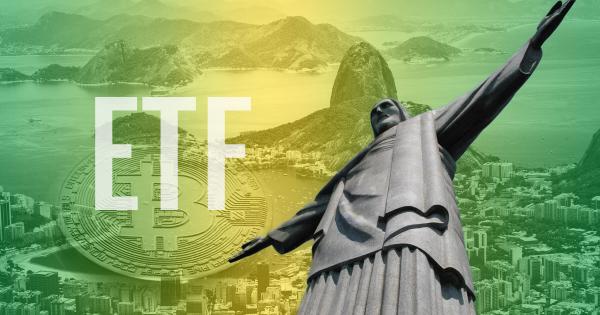 ETFs are regulated and publicly traded financial instruments that track the prices of an underlying asset or basket of assets. Such products pegged to Bitcoin have been introduced in several markets over the last few months, mainly due to rising investor demand.

The QBTC (B3), the first of its kind in South America, has been approved by the Brazilian Stock Exchange and the Comisso De Valores Mobiliarios (CVM, Brazil’s Securities and Exchange Commission).

The blockchain investment firm, QR Capital, would be providing its ETF investors with exposure to digital assets through secure custody and daily liquidity without worrying about private keys.

The QR Capital CEO, Fernando Carvalho described the latest addition of BTC to stock as historic; according to the report, “Bitcoin’s entry into the stock market represents a historic moment for the crypto market as well as the conventional financial market.”

He added, “We can see the market maturing in its search for safer and simpler bitcoin exposure options. Our Bitcoin ETF is a landmark for both financial and cryptomarkets, once it is the convergence point between them. The Brazilian investor now has a regulated and robust choice to buy Bitcoin.”

US yet to Launch a Bitcoin ETF

While different countries across the globe are approving different Bitcoin ETFs for their citizens and interested investors alike, authorities in the United States have remained reluctant in approving a Bitcoin ETF.

Per analysis from different experts, they are of the opinion that the authorities are reluctant to approve a Bitcoin ETF because of “market manipulation concerns.”

As of press time the Securities and Exchange Commission has as many as nine different Bitcoin ETF applications from different organizations. The commission is yet to approve any of them, instead, it has extended the period of consideration for some of them.