Roughly $2.5 billion worth of Bitcoin left Binance marketplace over the weekend, which is the largest purchase of 2022. 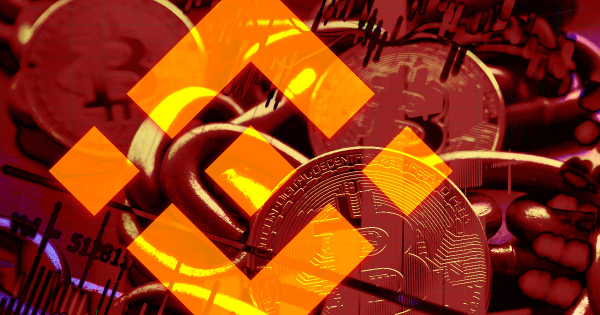 Exchange giant Binance marketplace saw 120,000 Bitcoins (BTC) purchased and moved off the exchange between Oct. 29 and Oct. 30, according to Glassnode data.

The amount equates to roughly $2.5 billion, which is the largest Bitcoin purchase of the year from Binance.

The chart below demonstrates the Bitcoin purchases and sales from Binance since the beginning of the year. Between February and the beginning of May, Binance users have been buying Bitcoin.

Investors have been exiting their Bitcoin positions since May when crypto winter took hold — save for a short re-purchasing period in September.

Is this a beginning for Binance?

Binance’s main rival Coinbase has been the preferred marketplace for buying and holding Bitcoin, according to data analyzed by CryptoSlate analysts.

At the beginning of the year, the Coinbase marketplace held around 690,000 Bitcoins. Since then, the exchange has experienced hefty purchases, and this number fell below 560,000 in August.

The buy-and-hold trend amongst Coinbase users continues. However, Binance users have been selling during the same time phase. Touching on this difference again on Oct. 18, CryptoSlate analysts concluded that Coinbase had emerged as the “number one exchange platform investors use to buy and hold.” Given that large U.S. institutions primarily prefer Coinbase, this conclusion made sense since they tend to buy and hold for long periods.

The recent movement in the Binance marketplace might indicate a change in the buy-and-hold behaviors of users. If it continues, Binance might rival Coinbase in terms of Bitcoin supply in the market.