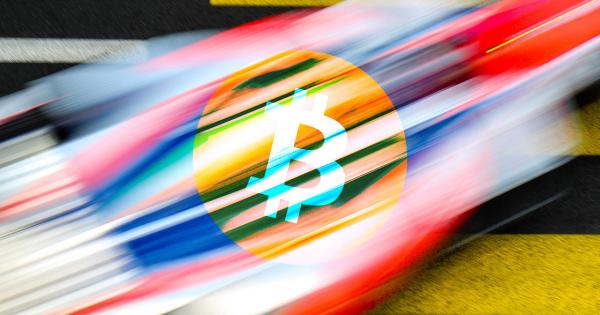 Bitcoin is once again on a tear. After breaking $10,000 just four days ago, the coin is now nearing the $12,000 price level. Reported 24-hour volume is at robust $26 billion compared to the 7-day average trading volume of $20 billion.

The last time BTC traded at $12,000 was at the end of January of 2018, shortly after the market started to decline from its peak. The year-long bear market followed as prices plummeted.

Current state of the market

Currently, Bitcoin dominance, the percentage of overall market capitalization attributed to BTC, is climbing towards its previous two-year high.

During the previous bull market, BTC dominance reached a high of 69.46 percent in December of 2017. It then dropped sharply the following month, falling to 35.11 percent as altcoins underwent their historic eye-popping rally.

As a function of growing dominance, altcoins are depreciating relative BTC, with most major altcoins experiencing single-digit losses in the last 24-hours.

Of the top 10 altcoins, Ethereum lost the least value relative to Bitcoin with the pair only losing 5.0 percent of its value.

As a function of growing BTC dominance, Bitcoin has outperformed nearly all altcoins since the beginning of the year.

Over the last six months, the only top 10 coin to outperform Bitcoin has been Litecoin—which appears to largely be driven by the upcoming halving—with gains of 340.5 percent compared to BTC’s 219.9 percent.

Of the top 20 altcoins, Ontology and NEO have also outperformed Bitcoin over the last six months, with gains of 455.2 and 252.0 percent, respectively.

Altcoin season on the horizon?

Historically, altcoins do not peak until Bitcoin finishes its rally. During the 2017 bull market, the altcoins more closely correlated with BTC—Litecoin and Bitcoin Cash—peaked in December shortly after Bitcoin. Ethereum and XRP followed in January.

Although many professional crypto traders doubt the resurgence of “alt season” during this bull market, others are converting their Bitcoin positions into altcoins in anticipation of another round of outsized gains.

The International Monetary Fund describes money as something that serves as a store of value, unit of account, and medium of exchange.

Bitcoin broke above the $10,000 milestone, and just as Fundstrat Global CEO Thomas Lee predicted, investors seem to be entering a “FOMO” phase that could take BTC into a massive rally similar to what happened in the 2017 bull market.