Litecoin (LTC), one of the earliest Bitcoin forks, is only 100 days away from a block reward reduction event that plans to make it harder for the tokens to be mined—which could make the circulating supply of LTC more valuable. 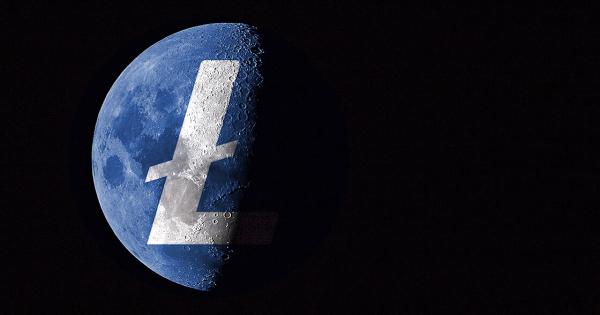 Litecoin (LTC), one of the earliest Bitcoin forks, is only 100 days away from a block reward reduction event that plans to make it harder for the tokens to be mined—which could make the circulating supply of LTC more valuable.

Much like bitcoin, from time to time Litecoin goes through a fixed process called halving that reduces the rewards miners get for mining a block, which in turn reduces its rate of issuance. Every time 840,000 LTC blocks are mined the coin reward is cut in half. This event is scheduled to happen every 4 years since the current block generation time is set to approximately 2.5 minutes, producing 576 blocks per day.

Around Aug. 6, 2019, at exactly block 1,680,000, miners who are currently being awarded 25 new LTC for every block they solve will only be rewarded with 12.5 LTC per block. The inflation rate of this cryptocurrency will also be impacted for an extended period of time as the reduction in future supply increases.

This event will continue to happen until the total supply of 84,000,000 LTC are mined. While it is unknown when the last few coins will be mined, it is expected to be around 2142 based on the current rewards schedule. By then, approximately 0.00000672 LTC will be mined each day until eventually, all the tokens are in circulation.

Litecoin has only had one halving event since it went live on Oct. 13, 2011. The first block reward reduction took place on Aug. 26, 2015, at a block height of 840,000. At the time, the mining reward  dropped from 50 LTC per block to 25 LTC. The event had a great impact on the market valuation of this cryptocurrency, which was perceived before and after it occurred.

Buy the Rumor Sell the News

As history tends to repeat itself, the market valuation of Litecoin began experiencing a steady rise since the low of Dec. 7, 2018, when it was worth $22.54. So far this cryptocurrency has gone up as high as $99.43, which represents a 341.13 percent move.

Just as it happened in the previous halving, a lot of speculation seems to surround the event, but by the time it takes place most investors could have taken profits dragging the price down. Even though there could still be more room to go up, it is possible that the halving has already been priced in. Thus, venturing into a long position at this time just because the block rewards are decreasing could be extremely risky.

It’s worth noting that despite the price volatility that Litecoin may experience before or after the halving, it has been able to hold its own against other cryptos over the past eight years. This is one of the most solid projects in the industry that has managed to preserve a spot in the top 10 cryptocurrencies since 2013.

As Charlie Lee, the creator of Litecoin pointed out in a tweet:

Watch Litecoin surviving the test of time. It's not easy fighting off all the shitcoins and scamcoins to stay in the top 10. ? https://t.co/7wWhBbxkKE