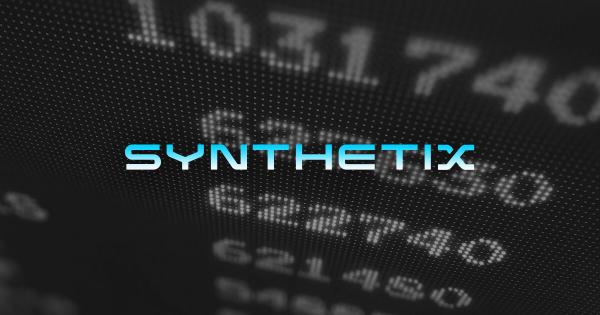 Synthetix, an Ethereum-based decentralized finance (DeFi) app, launched the full suite of its on-chain synthetic derivatives yesterday, as per an announcement.

The FAANG equity Synths and sTSLA are now live for trading!

FAANG synths can be traded on @kwenta_io.

Launched in 2018, the derivatives liquidity protocol allows users to issue ERC-20 smart contracts—known as “Synths”—that track and provide the returns of other assets (such equities and cryptocurrencies…and theoretically anything).

SNX, the platform’s native token, is used to provide collateral against Synths that are issued. It’s the world’s 56th largest token by market cap at press time with a valuation of $2 billion.

Synthetic Tesla (sTSLA), which was introduced last month, would continue to be listed.

The Synths would be available on Kwenta, a decentralized app that leverages the Synthetix protocol, which means no creating an account, no deposits or withdrawals, and no surrendering custody of user funds.

All stocks can be traded for other Synths at zero slippage—the difference between the expected price of a trade and the price at which the trade is executed—regardless of the trade size.

The above theoretically allows Kwenta traders to outperform traders in traditional finance making the same moves on the same assets, as zero slippage (and no platform fees) would allow investors to capture more value when entering and exiting positions.

Traders would also be able to swap cryptocurrencies like sETH, sLINK, sUNI, and others against their FAANG positions, opening up an entirely new realm of the market.

As such, the pricing of all synthetic stocks will be provided by Chainlink, a decentralized oracle network that provides a link between real-world data and smart contracts. This is to ensure all Synth prices are in line with the real prices of the assets.

All of these stock synths are fully #PoweredByChainlink ?

Meanwhile, to ensure a liquid trading environment during off market hours, Synthetix would be providing 2000 SNX per pool (against sUSD, which accounts for 80% of each pool) for a total 50,000 SNX.

Regular hours, however, wouldn’t be a concern. “During regular market hours (9:30am – 4:00pm ET), the equity Synths are tradable against the Synthetix smart contracts with infinite liquidity and zero slippage as usual, via dApps such as Kwenta,” the announcement concluded.