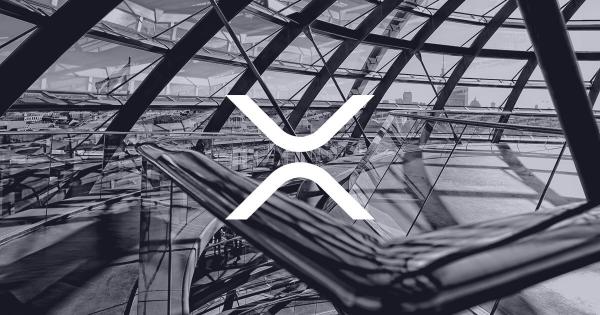 This recent selloff, however, may not be long-lasting, as analysts are noting that the crypto could still be poised to see significantly further near-term upside due to the heavy support around its current price levels.

It still remains unclear whether or not this potential bounce will be able to occur in spite of the aggregated market’s intense bearishness, as it may require Bitcoin to also see some upward momentum.

Bitcoin and the aggregated crypto market have been caught within a firm downtrend since last Wednesday, which was when the benchmark cryptocurrency saw a rare “flash crash” that sent its price reeling down by $1,000 in a matter of minutes.

This movement marked one of the largest single-hour price declines the cryptocurrency has seen and instantly sent shockwaves throughout the markets.

In tandem, XRP and many other altcoins saw selloffs of 10 percent or more, and despite the sharp recovery that occurred shortly after this, the markets have been drifting lower in the time since.

If XRP wants to recover some of its recent losses, it likely hinges on whether or not BTC is able to find some stability or begin climbing higher.

This strong support region may bolster the embattled cryptocurrency

Even if Bitcoin does enter a prolonged bout of sideways trading or inches lower in the near-term, it is possible that XRP will be able to incur some short-term momentum due to heavy support that exists around its current price levels.

Crypto Micahël, a prominent cryptocurrency analyst and trader, spoke about this support in a recent tweet, explaining that he believes it could help the cryptocurrency rally up towards $0.30 if bulls are able to recapture $0.245.

Unless BTC sees another intense near-term selloff, its stability could allow some altcoins to recapture a portion of their recent losses.

XRP plummets to $0.24 as analysts watch for capitulatory move to 2020 lows