Paraguay’s Itaipú dam is posing an interesting dilemma to the country; the world’s most powerful hydroelectric plant gives it an excess of energy, but will that energy be used to drive the burgeoning crypto mining industry or help the poor? The crypto space will, more and more, emerge as a legitimate avenue for developing countries […] 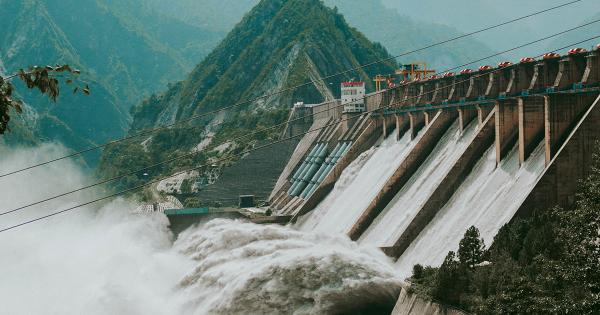 Photo by Raphael Lovaski on Unsplash

Paraguay’s Itaipú dam is posing an interesting dilemma to the country; the world’s most powerful hydroelectric plant gives it an excess of energy, but will that energy be used to drive the burgeoning crypto mining industry or help the poor?

The crypto space will, more and more, emerge as a legitimate avenue for developing countries to pursue as they seek to expand economic activity. https://t.co/WQ80PI7ZQH

The Itapú sits on the border of Brazil and Paraguay, pumping energy into Ciudad del Este, a town situated itself on the borders of Brazil, Paraguay, and Argentina. All of that power resulted in a crypto mining industry, particularly Bitcoin and Ethereum, popping up “almost overnight,” according to the Guardian.

An article published Monday noted that some are profiting from the country’s increase in crypto mining, renting out their rigs for cash or raking it in themselves, but others think that power could be better used elsewhere. The article states:

“…many argue Paraguay could better use its abundant hydroelectric energy to help the quarter of the population that currently live in poverty. According to World Bank figures, Paraguay has the highest level of inequality in land ownership in the world.”

But with people already profiting from the South American country’s crypto boom, whether that will happen, and how, remains to be seen. Businessman Gregorio Bareiro told the Guardian that some have already made millions from crypto mining.

Bareiro has a fledgling rental business, loaning out computers to miners, alongside his air conditioning shop. He first encountered crypto mining when he started building ad hoc cooling units for mining rigs. His mining rental business employee a dozen people, and rents out 750 machines. He told the Guardian he has plans to expand.

Since Paraguay’s power grid isn’t equipped to handle the Itapú’s massive output, they sell the excess to Brazil, which keeps energy prices incredibly cheap: around five cents per kilowatt-hour, according to the Guardian. This has led external companies like AWS Mining, who build mining farms in countries with cheap and plentiful energy, to set up shop in Paraguay.

Bareiro thinks that the crypto boom can be the answer to Paraguay’s poverty woes, stating in an interview that “in 10 years, [mining] would generate enough money to pay Paraguay’s external debt” and saying he hopes more crypto-based businesses come to Paraguay.

Investing In Infrastructure, Instead?

People in the crypto business like Bareiro want to take the excess energy produced by the dam and channel it into more mining efforts, but others think the extra power would be better invested in Paraguay’s manufacturing facilities. This group of politicians, business owners, and academics say it would be more beneficial to seize control of the negotiations over Itapú’s power in 2023 to make that happen.

The group believes doing so could generate two million jobs and boost Paraguay’s GDP by four times the current amount. Hosting clean energy data hubs for tech giants like Google could bring in more money for hospitals and infrastructure as well, according to development expert Miguel Carter.

As it stands, the crypto mining boom in Paraguay doesn’t appear to be slowing down. Since around January of 2018, small crypto-related businesses and mining farms have been cropping up to take advantage of the country’s cheap energy bounty. Itapú’s power provides such an incentive that some like Bareiro believe it will draw miners from countries like China and Argentina.

If Paraguay can gain the upper hand in the upcoming negotiations over Itapú’s mammoth power output, they’ll have to think very carefully about what comes next.

Bitcoin Mining Could Soon Be a ‘Windy’ Affair