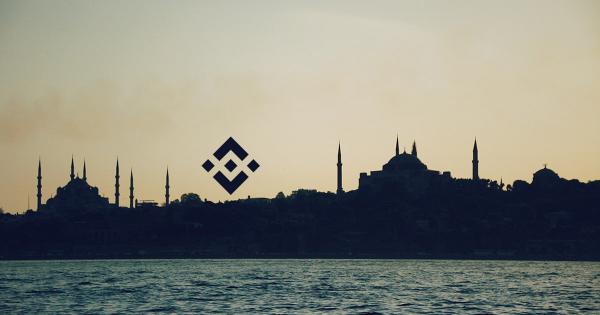 Speaking to Cointelegraph, Binance CEO Changpeng Zhao said the company is establishing a team of a dozen full-time employees in the country.

“Other than that we really want to invest in Turkey heavily. We also want to increase our team members somewhere between 10-20 people in the next 3 to 6 months. And if you’re looking for a job in the cryptocurrency industry please say hi to us.”

According to Coinhills, the Turkish lira is the fifth most traded national currencies for Bitcoin, just behind USD, JPY, EUR, and KRW.

The enthusiasm is reflected by the volume of the local market, which has surpassed major regions like the U.K., Canada, and Singapore — all countries that have implemented better infrastructure earlier on.

The Statista Global Consumer Survey released in June 2019 also showed that Turkey had the highest number of respondents stating that they used or owned cryptocurrencies at some point.

For exchanges, especially for major trading platforms, it is a priority to identify a rapidly growing market and to focus on establishing a strong infrastructure in it to expand their reach.

Binance, for instance, has implemented the approach of expanding globally from one country to another since its inception, rather than trying to exclusively and dominantly target one market.

Does Turkey stand a chance against front runners?

Evolved crypto markets like Japan and South Korea have already laid solid regulatory frameworks to provide clarity to both exchanges and investors to a large extent.

Although the Turkish government has not taken a negative stance towards crypto assets, it also has not introduced clear policies to govern exchanges and oversee the local market.

Data suggests that a growing number of companies are actively working to expand into Turkey. But, for medium to long-term growth, it is critical that core areas of crypto regulation are addressed to create a more productive and efficient environment for businesses.

As major markets generally move towards complying with the standards of cryptocurrency regulation drafted by the Financial Action Task Force (FATF) — a watchdog of the G7 — Turkey and other growing markets are expected to provide some form of regulatory clarity around crypto assets in the future.

In April 2020, Istanbul will host its first-ever Turkey blockchain week, with the main event IstanBlock 2020 being held on April 9-10. You can find out more about the event, and sign up for updates at istanbulblockchainweek.com or join the Telegram community.

IstanBlock 2020 – bringing Turkey and blockchain together

Data shows Binance Coin’s bullish sentiment is on the rise, can it translate to price?