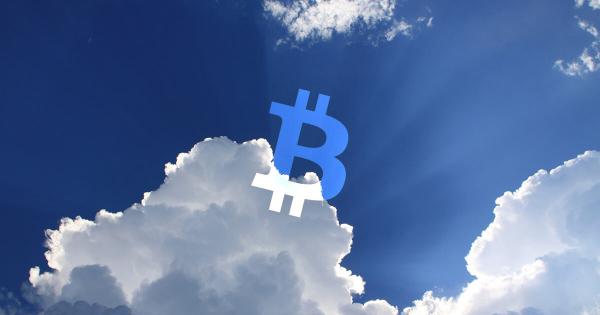 During the roughly 25 minutes in which these sites saw outages, users speculated as to what could be behind the blackout. Some even theorized that this marked an infrastructure attack from a hacker group or rogue regime.

We now know that this was not the case, and it was merely an error in an Atlanta-based router.

Interestingly, although this had no impact on the decentralized Bitcoin network, it did coincide with a notable decline in the amount of broadcasted transactions seen by the cryptocurrency.

One cryptographer noted that this is likely due to exchanges and web-based wallets being temporarily unavailable.

At 2:15 pm PST, some of the world’s largest websites began experiencing outages. The problem was quickly traced to issues at Cloudflare’s 1.1.1.1 DNS service.

The outages lasted for roughly 25 minutes before connections were restored. Popular Bitcoin trading platforms like Coinbase, as well as many web-based wallets, were unreachable during this time.

Although some were quick to speculate that there was a nefarious motive behind the outage, it does not appear that this was the case.

In a statement released shortly after the outage, Cloudflare explained that the error on one of their global servers was misrouting traffic. They emphasized that it was not the result of an attack on their network.

“This afternoon we saw an outage across some parts of our network. It was not as a result of an attack… It appears a router on our global backbone announced bad routes and caused some portions of the network to not be available.”

Because users were not able to access their Bitcoin stored on web-based wallets and exchanges, the cryptocurrency saw a sharp decline in its transaction count during the 25 minutes while the internet was partially down.

Jameson Lopp, a cryptographer and the co-founder of Casa, spoke about the impacts this event had on Bitcoin, pointing to a chart showing the decline in transactions broadcasted to the network.

“The Cloudflare DNS outage can be seen reflected in the rate of bitcoin transactions broadcast, presumably because popular web wallets became inaccessible.”

This highlights that the crypto ecosystem’s continued reliance on centralized internet infrastructure remains a weak spot for Bitcoin.

Casa transforms crypto-asset security into a simple experience focused on you. Learn More