Why isn’t Ethereum Classic worth $0? Macro investor asks after 51% attacks

Ethereum Classic (ETC), the fork or version of the Ethereum protocol that didn’t freeze the funds of the infamous DAO hack, has been under the spotlight over the past week. 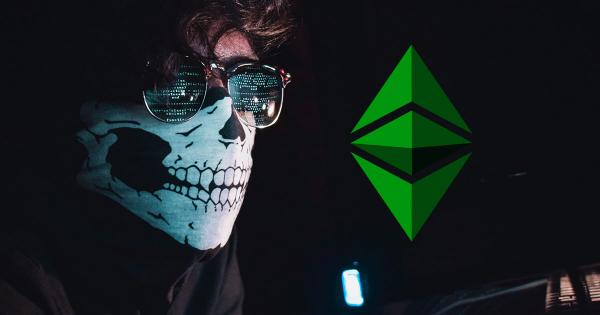 Ethereum Classic (ETC), the fork or version of the Ethereum protocol that didn’t freeze the funds of the infamous DAO hack, has been under the spotlight over the past week.

At the end of July and the start of August, there was some discussion of a 51% attack on the blockchain. a 51% attack is when a single entity manages to obtain more than half of a blockchain’s hashing power, allowing for a reorganization of the chain. 51% attacks can enable “double-spending,” when cryptocurrency can effectively be used twice to trick service providers or users.

A second attack took place on Aug. 5, as first reported by mining pool Ethermine and Binance. According to the companies, approximately 800,000 ETC (about $5.6 million) was double-spent, while the attack cost an estimated $204,000 worth of Bitcoin for the attack.

The fact that two 51% attacks took place in a week has left many to question the intrinsic value of ETC, which is still the 25th largest cryptocurrency by market capitalization as per CryptoSlate data.

Etereum Classic should be worth $0, argue analysts after 51% attacks

“Why isn’t #ethereumclassic worth zero? It has a $800mm mkt cap. Why own something that can be easily attacked and stolen when there are so many alternatives (even within alts space). Digital currency is supposed to be secure. What am I missing here?”

Why isn't #ethereumclassic worth zero? It has a $800mm mkt cap.

Why own something that can be easily attacked and stolen when there are so many alternatives (even within alts space).

Digital currency is supposed to be secure.

Tapiero’s striking assertion was echoed by Mati Greenspan, a former senior analyst at eToro and the founder of Quantum Economics. “How does ETC even hold any value?” Greenspan asked in response to the news of the attack.

Greenspan’s tweet garnered some traction amongst his followers, with some in his replies agreeing with his sentiment.

Vitalik Buterin, founder of Ethereum, commented on the debacle in a tweet published Aug. 5. Referencing how Proof of Stake (staking) can be more secure than Proof of Work (mining) in some cases, he said:

“ETC should just switch to proof of stake. Even given its risk-averse culture, at this point making the jump seems lower-risk than not making it.”

Not all hope is lost

Although ETC may be in a bad place after these attacks, with the introduction of the “Phoenix” upgrade in June, that means that Ethereum Classic has reached protocol parity with Ethereum.

This means that applications built for Ethereum are compatible with is sister chain. As Terry Culver, CEO of ETC Labs, commented in May prior to the upgrade:

“This upgrade demonstrates the robust development underway on Ethereum Classic, as it is the third hard fork in the last year; and reflects the strong community consensus among ETC stakeholders. The upgrade also marks an important turning point for Ethereum Classic, where now the community is in a position to drive more innovation, to collaborate, and to make fresh technical contributions to the ETC and ETH communities.”

How Ethereum Classic proponents and developers attract Ethereum applications, assets, developers, and most importantly, users, though, is not yet clear. 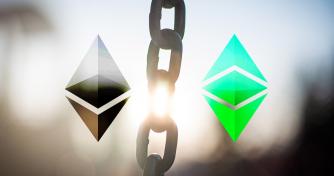 END_OF_DOCUMENT_TOKEN_TO_BE_REPLACED

Dan is a veteran Global Macro investor and a co-founder of GBI.

eToro is the world’s leading social trading platform, offering a wide array of tools to invest in the capital markets.