Why Chainlink was a “top choice” in new Blockstack integration

Blockstack and Chainlink are joining forces to integrate the Blockstack and Algorand-supported Clarity smart contract language with the latter’s industry-leading oracle technology, according to a release shared with CryptoSlate. 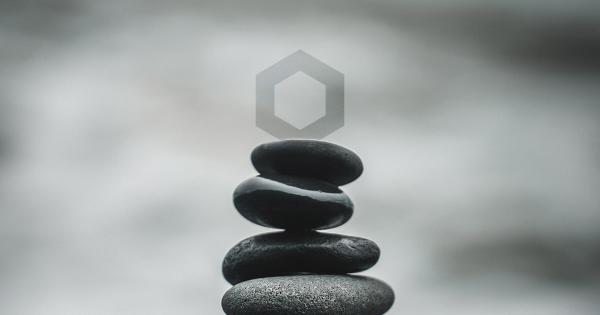 Blockstack and Chainlink are joining forces to integrate the Blockstack and Algorand-supported Clarity smart contract language with the latter’s industry-leading oracle technology, according to a release shared with CryptoSlate.

For the uninitiated, Blockstack is an open-source and developer-friendly network for building decentralized apps and smart contracts.

The protocol inherits Bitcoin’s security through a “Proof of Transfer” consensus design, which enables users to write secure smart contracts with Clarity and hosts it all on a singular decentralized network maintained by developers from all over the world.

And the firm’s now leveraging Chainlink as its preferred oracle solution. With the partnership, Blockstack developers will soon be able to build sophisticated Clarity smart contracts that are enhanced with secure, validated data spanning millions of data providers, web APIs, and other off-chain resources from the oracle provider.

Clarity was designed to be more secure, predictable, and reliable than other languages used to code a smart contract. When combined with Chainlink’s technology, Clarity will unlock a host of new use cases and user experiences, said Blockstack.

The initial integration will revolve around integrating Chainlink’s widely used Price Feeds but will evolve into a generalized oracle solution for the platform. Both teams aim to make Chainlink’s capabilities available to Blockstack users and developers in the near future, in addition to the entirety of the Chainlink smart contract library.

The collaboration between Chainlink and Blockstack will span technology, marketing, and community development, bringing the former’s technology into the Stacks 2.0 blockchain’s expanding orbit of developers and traders.

A partnership beyond tech

The two teams also plan on co-hosting upcoming industry events and hackathons, as well as creating more developer-centric content to accelerate development and adoption. As they evolve the collaboration, Blockstack and Chainlink will look to extend more benefits, capabilities, and opportunities to their users and communities.

Muneeb Ali, the co-founder of Blockstack, said of the partnership:

“Stacks 2.0 is a unique layer-1 blockchain that has a native bridge to Bitcoin. Clarity smart contracts give new powers to our developers. High-quality data feeds from Oracles are an important building block for Clarity contract developers.”

Ali added on a tweet that Chainlink was the “top choice” for a decentralized oracle service for Blockstack, for the reasons mentioned above.

This was clearly our top choice when thinking about Oracles for Stacks 2.0.

The partnership follows Theta Network’s announcement of onboarding Chainlink oracles to its decentralized advertisement protocol from earlier this week.

A bunch of internet anons and their crypto picks have purportedly outperformed hedge funds in the crypto space, according to data by on-chain analytics firm Messari.