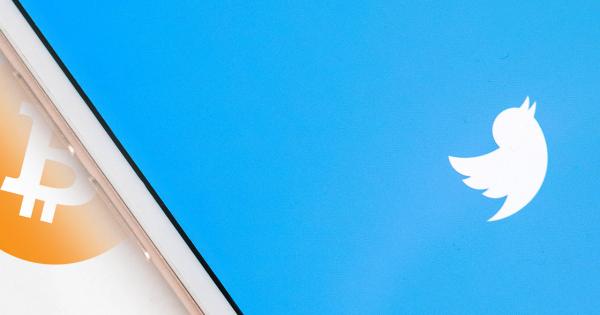 The @Bitcoin Twitter account has deleted dozens of older tweets where Bitcoin Cash was mentioned. Many believe this is aimed to revamp the company, which just announced it will be launching a new peer-to-peer cryptocurrency exchange.

Deleting all traces of the Bitcoin Cash

Officially launched in 2008, the Bitcoin.com domain has been at the forefront of Bitcoin development for more than 10 years. In 2014, Roger Ver gained control of the website, relaunching it in 2015. Since then, it has been at the center of many a controversy, as it slowly shifted towards promoting Bitcoin Cash (BCH) instead of the original Bitcoin.

Twitter account—@Bitcoin is no stranger to the drama. Many have criticized the profile, saying its support for Bitcoin Cash was false advertising and violating Twitter’s terms of service.

And even now, the drama surrounding @Bitcoin doesn’t seem to be dwindling down. Alistair Milne, a cryptocurrency investor, pointed out that the Bitcoin account has been purging a lot their tweets made earlier this year.

Crypto Deleted Tweets shared screengrabs of some of the tweets deleted by the account, showing that most of them either mentioned the Lightning Network or criticized Twitter and its CEO, Jack Dorsey or praised Bitcoin Cash.

As of publication time, the pinned tweet, which remains to be purged is about Bitcoin Cash.

.@bitcoin good work deleting your old #Bcash tweets. Just a reminder that you still have a scam video pinned to the top of your feed. Let’s get rid of that garbage.

New CEO could be working on Bitcoin’s online presence

The move led many to question what was the intention behind deleting so many tweets. Some Twitter users speculated that the tweets were removed to avoid legal trouble. Others were more radical with their ideas, saying the purge was a sign that Roger Ver was finally “capitulating.”

However, the truth seems to lie somewhere in between. Earlier in August, the company announced that Ver would be stepping down as the company’s CEO and taking the position of executive chairman.

The newly appointed CEO of Bitcoin.com, Stefan Rust, previously worked as a director of corporate and business development of Bitcoin.com. While the company’s announcement didn’t quite say what Ver’s new duties will be, Rust will reportedly focus on developing the company’s “new products and services.”

The “new products and services” the company referred to in their press release is a peer-to-peer cryptocurrency exchange. The trading platform will be designed to supplement the company’s crypto wallet, casino, and media outlet.

With that being said, it wouldn’t be too far-fetched to assume Rust brought on the tweet purge in order to have a clean slate before launching such a high-profile platform.