US Government Engages Bounty Hunters in War Against Pump and Dumps Sam Town · 5 years ago · 3 min read
This article is more than 2 years old...
News › Regulation

US Government Engages Bounty Hunters in War Against Pump and Dumps

Pump and dump operations are a growing problem in the cryptocurrency market and are currently “decentralizing” investors away from their capital at a rapid rate. 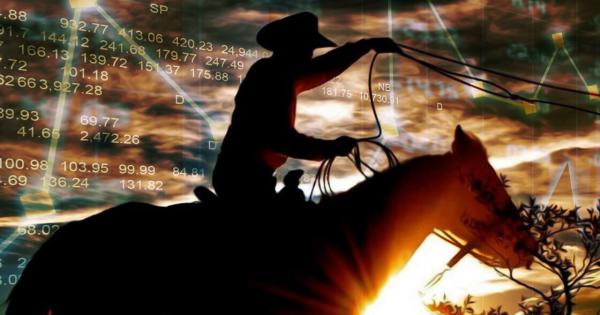 Pump and dump scams have been present in securities markets for their entire history.

Modern cryptocurrency scams are most closely related to pre-internet “boiler room operations” in which unscrupulous organizations would artificially increase the value of penny stocks they held via cold calling operations, only to sell out their holdings and cause stock values to plummet when mainstream investor interest peaked.

Regulatory bodies are aware of pump and dump operations, but they are, unfortunately, not strictly governed by modern securities laws.

The grey-area definition of cryptocurrencies under present financial regulation means that pump and dump scams operate in the “wild west” of the cryptocurrency market.

The  U.S. Commodity Futures Trading Commission, however, appears to have made the first move in cleaning up the streets of the crypto market in a move that mirrors law enforcement in the Old West.

In a customer advisory statement released last week the CFTC has publicly called for whistleblowers to report on nefarious pump and dump scheme operators, offering a hefty bounty on the heads of pumpers that the long arm of US securities law can reach.

The CFTC’s statement serves as a warning to lax investors that are quick to board the hype train without first performing their due diligence. In a surprisingly context-aware move, the release includes some somewhat-comical references to crypto community slang, referencing “lets (sic) take it to the MOON!!!” in an illustration of typical pump group chat content.

The impact of pump and dump scams, however, is no laughing matter. The CFTC’s customer advisory does include sage advice for avoiding pump and dump scams, recommending that investors never purchase digital tokens on the basis of a single social media tip off and always ensure they’re researched a digital asset after thorough research.

The most interesting element of the release, however, is the references it makes to the CFTC’s whistleblower program. According to the release, whistleblowers are eligible for bounty rewards that begin at $100,000 should the information they provide lead to monetary sanctions:

This now presents fast-moving cryptocurrency market participants with a highly lucrative method of generating income from pump and dump schemes and cleaning up the market at the same time— by infiltrating a pump and dump operation and informing the CFTC.

Below you can find an example of a Pump and Dump scheme operating on Twitter:

Our pumps getting higher profits. (>2x) We have an affiliate system now. Join our discord channel and share invites to get the signal first. You can see the privalages on this image. You need to retweet too.#BTC #XRP #TRX #LTC #Ethereum #PumpAndDump #NEO #dashcoin #quantum #TNB pic.twitter.com/GFQCsd5uPC

Working in unison, these “pumpers” will then disseminate false information about the token they’re “pumping”, hyping up the token to prospective investors while making more public purchases that positively impact the price.

At the culmination of this pumping process, pump and dump operators will typically use social media channels to spread fake news — commonly in the form of fake partnership announcements or “secret project” launches.

At this point, the hype around the token being pumped reaches full swing, and mainstream investors begin to buy in on “FOMO”, or the fear of missing out. Pump and dump operators then simultaneously offload their holdings to these new investors in an organized action that causes the price of the token to plummet.

At the conclusion of a pump and dump the organizers of the scheme are able to walk away with massive amounts of profit, while investors that were caught up in the scam are left with nothing but overpriced altcoins.

Protect Yourself From Pump and Dumps

Protecting yourself from pump and dump operations is relatively simple — don’t make trading or investing decisions based on tenuous fundamental indicators.

If you notice a sudden and massive breakout in a little-known altcoin, ensure that you perform a significant amount of research on it before investing. Any recent announcements or news releases should be carefully assessed for veracity before you commit to a buy order.