This partnership seeks to bring digital music collectibles to a wider audience. Universal Music Group offered LimeWire licenses, allowing it to partner with its artists. 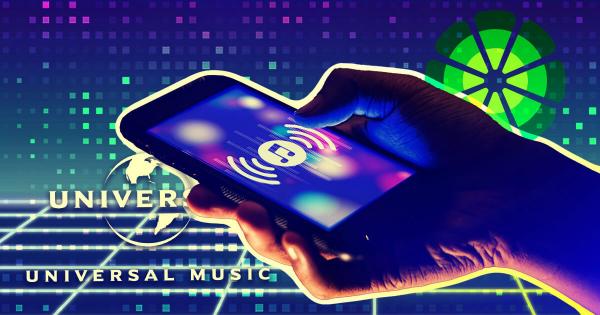 According to the press release, this collaboration will see UMG artists and record labels access LimeWire’s Algorand-based NFT marketplace. The marketplace will serve as an additional platform for the artists and labels to explore various ways to engage with fans through digital collectibles and the web3 ecosystem.

This agreement saw UMG offer LimeWire licenses to let it partner with its artists. This provision helps streamline the launch of innovative music-based NFT projects through the LimeWire marketplace.

“We see this partnership as a true demonstration of the pace at which the music industry is embracing Web3. We’re thrilled to open up the LimeWire NFT ecosystem to Universal Music Group artists and fans and can’t wait to see the first creative projects being launched on the marketplace.”

Coming back with a bang

“Now, NFTs are providing an exciting vehicle to enhance this connection between artists and audiences. This is why we are delighted to have partnered with LimeWire, who is focused on guiding everyday users into this expansive arena, in this new era of Web3 engagement and music appreciation.”

This news comes after LimeWire announced plans to relaunch as an NFT marketplace in March. A month later, the company secured $10.4 million in a private sale of its LMWR token. Investors in the private sale included Kraken Ventures, Arrington Capital, GSR, and DAO Jones, to name a few.

At the time, LimeWire said it seeks to start its official launch campaign this month and open its marketplace shortly afterward. Unlike other NFT marketplaces, LimeWire will list digital collectibles in US dollars.

LimeWire is relaunching as a digital collectibles marketplace for art and entertainment, initially focused on music.