UNICEF Australia is helping to pioneer a new advertising and donation revenue stream by allowing users to donate their computational power and mine cryptocurrency through their browsers. 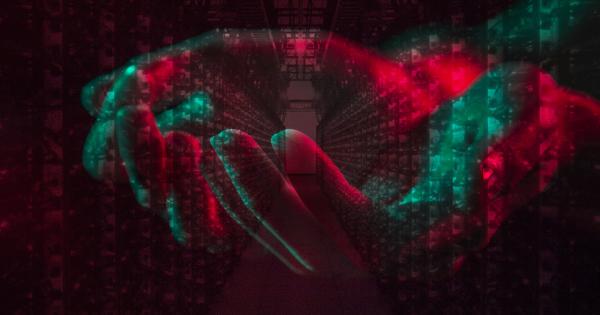 UNICEF Australia is helping to pioneer a new advertising and donation revenue stream by allowing users to donate their computational power and mine cryptocurrency through their browsers.

The United Nations program announced on April 29th the launch of a new website called TheHopePage that enables users to donate by using a web miner, easily and transparently mining cryptocurrencies that are used to aid children in crisis.

We're excited to launch The Hopepage. This innovative website allows you to easily donate some of your computer processing power to generate #cryptocurrency and fund life-saving aid for children in crisis. #UNICEF #ForEveryChild https://t.co/rPXCnTcahy

This implementation of web mining to assist not for profit organizations is a stark contrast to earlier uses of in-browser mining applications, which have previously been used to hijack browsers in order to hijack user computers without their consent.

Malware distributed by ads often use malicious Javascript code that causes visitors CPUs to consume 80% of the users’ computing power, essentially bottlenecking the computers of unsuspecting users and temporarily crippling affected hardware. Cases of malicious “cryptojacking” have been running rampant throughout the internet, infecting over 8,500 sites including companies like Subaru, Showtime and US federal judiciary.

Some sites, however, have been using optional in-browser mining in lieu of advertising revenue. Salon Media Group has created an opt-in ad replacement scheme which allows users using ad blockers to access their site Salon.com by ‘suppressing’ ads. This relatively forward-leaning crypto-friendly stance enables the site to discreetly mine cryptocurrency in the background.

On the other hand, popular piracy focused torrenting site The Pirate Bay caused furor in the online community by covertly deployed a similar web mining client on their site in order to replace their ad revenue. During a site-wide trial period, a typo in the miner code caused the software to occupy all unallocated resources, forcing the visitor’s computer to grind to a halt.

This revenue model is unsustainable for the site, as it violates the software providers terms of use buy not offering opt-in functionality. The Pirate Bay has neglected to provide details on whether this activity will continue, however it is unlikely, as the community sentiment has expressed vehement opposition against such underhanded practices.

Both Salon and PirateBay utilize a web mining provider called CoinHive. This software uses a Javascript based mining client to mine Monero, a privacy, and security-focused coin, of which CoinHive takes a 30% cut. While CPU mining is not as powerful as it’s GPU counterpart, it is ubiquitous across all computers, allowing the sites to make up for the lack of power in sheer numbers.

While UNICEF neglected to disclose details on which cryptocurrencies were being mined preliminary examinations from ITnews have shown the site is powered by AuthedMine, a varied of the CoinHive API. The key difference in UNICEF’s approach is it’s transparent and ethical implementation of the software, with Unicef’s content manager Tony Andres Tang stating:

“We are transparent in the fact we are borrowing a computers’ processing power, and provide the ability to choose how much power is donated,”

UNICEF’s transparent approach to mining is made evident by the site UI, in where visitors are required to turn off Adblock, opt-in to the donation process and then allowed to control exactly how much of the system resources are being occupied by the mining process with a simple slider. The portal also offers a single authentication token, requiring the user to reactivate the service on every visit preventing the site from running without their explicit direction.

Unicef’s design and implementation of web mining technologies perfectly illustrate the current dynamic of responsibility within the cryptocurrency community. By utilizing cutting-edge software, in a transparent and friendly interface, the company has been able to take a project previously used for illegally hijacking hardware and repurposed it into a use case to benefit and enrich people’s lives.