Cryptocurrency exchange Coinfloor has received a blockchain license from the strictly regulated Gibraltar Financial Services Commission (GFSC), and is the first crypto exchange to do so since the Gibraltar government instituted its blockchain regulatory laws, according to Finance Magnates. 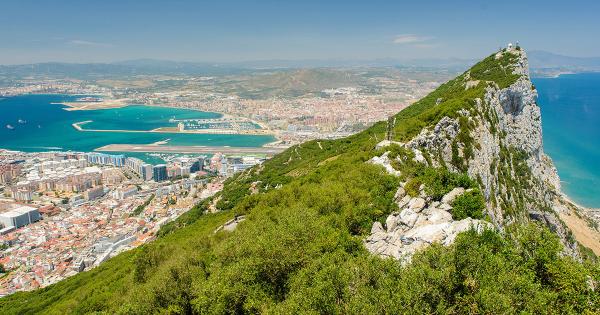 Cryptocurrency exchange Coinfloor has received a blockchain license from the strictly regulated Gibraltar Financial Services Commission (GFSC), and is the first crypto exchange to do so since the Gibraltar government instituted its blockchain regulatory laws, according to Finance Magnates.

We're pleased to announce that Coinfloor Gibraltar has been formally regulated as a distributed ledger technology (DLT) provider under Gibraltar’s new rules for fintech companies that use blockchain technology. Read more herehttps://t.co/CRVMXVlb2v pic.twitter.com/lk5U9E3yn8

This decision comes after an in-principle license was granted to the company to operate as a distributed ledger technology (DLT) provider in August.

Company CEO Obi Nwosu said of the decision to license with the GFSC:

“What impressed us was that this was in the works for a long time. It’s been well thought out, well considered. They are focusing in on quality over quantity.”

This appears to be true; all of the regulatory effort has been initiated with the goal of bringing higher-quality players to Gibraltar and making it a cryptocurrency hub in its own right.

In January of this year, the GFSC put a strong regulatory framework in place for cryptocurrencies, one of the first jurisdictions to seriously pursue it. The framework is made up of nine regulatory principles that businesses must fulfill in order to operate in Gibraltar.

Those principles include conducting business with integrity, paying “due regard” to the interests of each customer by not misleading them, and maintenance of adequate financial resources to conduct transactions. Applicants go through a month-long process before becoming licensed.

The GFSC has also taken steps to regulate ICOs, which have accrued such a stigma of fraud that the acronym has almost become a dirty word in the crypto-verse. The Gibraltar government requires those conducting an ICO to collaborate with its appointed intermediaries; to not do so is a crime.

Years in The Game

While Coinfloor is a fairly small exchange, with a 24-hour trading volume of $1,137,432, according to coinmarketcap.com, it has staying power. The London-based company has been in the crypto game since 2013.

Recent fluctuations in the market have caused Coinfloor to pare back its staff, according to Bloomberg. However, the company still plans to sell Bitcoin futures, which it launched a separate exchange called CoinfloorEX to host. The contracts differ from those offered in the U.S. in that they are physically delivered, so instead of cash, Bitcoin is actually delivered once the contract expires.

Recent fluctuations in the market have caused Coinfloor to pare back its staff, according to Bloomberg. However, the company still plans to sell Bitcoin futures, which it launched in a separate exchange called CoinfloorEX to host. The contracts differ from those offered in the U.S. in that they are physically delivered, actually delivering Bitcoin once the contract expires instead of cash.