Gibraltar demonstrates its innovative intentions by adopting blockchain technology in a trial scheme. 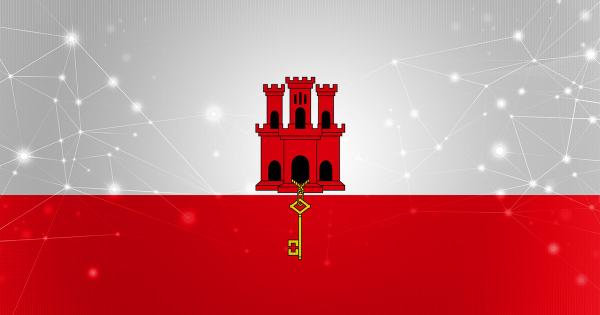 The government of British Overseas Territory Gibraltar has announced it will use blockchain technology in a pilot scheme to deliver public services.

The rollout will use blockchain technology to trial interconnectivity between departments, individuals, and organizations. What’s more, the setup will be administered by Mexican exchange Bitso and blockchain developers IOVlabs.

Both firms were praised as integral to the Gibraltar government’s work in distributed ledger technology. Especially in the close working relationship established and the valuable expertise they provide.

Gibraltar positioning itself as an innovative jurisdiction

Blockchain refers to a distributed database network. While cryptocurrencies such as Bitcoin operate on blockchain technology, rightly or wrongly, crypto is often seen as merely for speculative purposes.

Nonetheless, blockchain as a transparent and immutable system offers many more uses other than cryptocurrency.

The proposed blockchain solution will integrate and improve Gibraltar’s existing eGov system. Initially, it will enable users to store government-issued and certified credentials. While not explicitly stated in the press release, this is assumed to mean documents such as driving licenses and passports.

The Minister for Digital and Financial Services Albert Isola said Gibraltar is adopting blockchain in line with its forward-thinking intents as an innovative jurisdiction.

Isola added that by integrating this technology into the region’s public services, he hopes it will improve the way people interact with the government.

“The implementation of blockchain technology into our processes in partnership with our stakeholders working here will further improve the way in which our community interacts with the government.”

While Gibraltar’s approval and use of blockchain represent a massive coup, there are still challenges when it comes to greater adoption of the technology.

This includes a shortfall in employee skills. TechTarget state that, as an emerging technology, there aren’t enough suitably qualified workers to go around. What’s more, the expense and difficulty of acquiring talent puts off many organizations from even trying.

Trust also represents an area of concern, with some firms wary of the technology itself and other (anonymous) users on the network.

“This challenge cuts in two directions: Organizations may not trust the security of the technology itself, and they may not trust other parties on a blockchain network.”

The lack of a universal standard forces organizations to adopt a wait-and-see attitude. Competing blockchains cannot generally talk to one another, and organizations fear adopting a chain that will fall away.

Without universal interoperability, organizations are cautious about taking the plunge.