U.S. Judge Rules Cryptocurrencies Can Be Treated as Commodities

As reported by Reuters on Sept. 27, the judge ruled “virtual currencies” fall under the jurisdiction of the Commodities Futures Trading Commision (CFTC), the U.S. derivatives regulator. After the decision, the watchdog can closely monitor and take action against cryptocurrency frauds in the country, which thus far has been confined to several authorities taking independent steps.

A distraught investor lodged a lawsuit against the two parties, Crater and MBC, claiming the accused named their company to sound like “bitcoin” and misguided investors by claiming MBC tokens were backed by gold. Over 28 customers were scammed out of $6 million in this process.

Crater’s lawyers dismissed the cases from federal courts initially, stating the CFTC had no business over cryptocurrency fraud cases as the asset class offers no service to base futures contracts on nor is a tangible good–both factors which fall under the agency’s purview.

However, District Judge Rya Zobel in Boston ruled MBC fell in the Commodity Exchange Act’s definition of a commodity, as commodities are identified broadly by the law books, instead of adhering to specifics.

Both Bitcoin and MBC are categorized as virtual currencies, declared Zobel, adding that Bitcoin futures trade CFTC-regulated bourses and, by extension, the agency gains oversight of similar financial products.

“That is sufficient, especially at the pleading stage, for plaintiff to allege that My Big Coin is a ‘commodity’ under the Act.”

Industry observers and blockchain lawyers present at the hearing were closely following the judge’s words. A finding in MBC’s favor would have meant the CFTC loses its ability to police cryptocurrency frauds.

While the accused are yet to be trialed for their offenses, knowledge of the CFTC’s understanding of cryptocurrencies is a step forward for the broader industry.

Meanwhile, lawyers defending MBC called out the court ruling. They seek to challenge the case to disprove many of the plaintiff’s “factual allegations,” apart from contesting the differences between Bitcoin and My Big Coin. 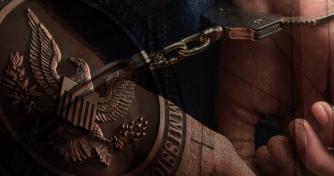