Yesterday, in a move out of left field, Twitter added an emoji for Bitcoin. 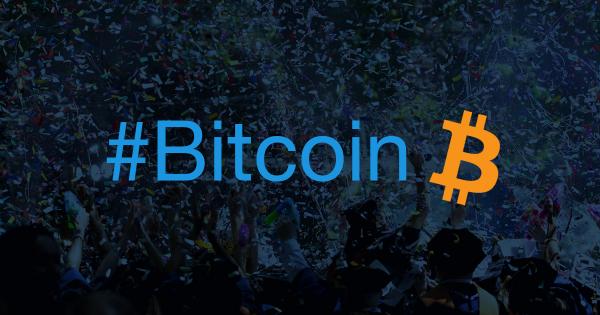 Yesterday, in a move out of left field, Twitter added an emoji for Bitcoin. To use the emoji, all you need to do it enter the hashtag of “Bitcoin,” and the emoji will magically appear on your screen.

Although this may seem extremely trivial—the addition of the Bitcoin emoji doesn’t add any functionality to Twitter—this little nod by the social media company has enthused the cryptocurrency community so much that social media engagement for “Bitcoin” has gone through the roof.

Not to mention, many said that it legitimizes Bitcoin as a bona fide asset, for each large trend on Twitter has its own emoji, such as the Andrew Yang presidential campaign or the Me Too movement.

This bodes well for this market amid the ongoing bull reversal.

Cryptocurrency site LunarCRUSH noted that per their data, Bitcoin’s “combined social volume” has surged higher in the wake of the addition of the emoji for the hashtag, with there being 113,816 posts mentioning the asset just in the past 24 hours. This is the highest level of social volume there’s been in over a year, LunarCRUSH wrote.

Just how big of a deal is the new #bitcoin emoji? Bitcoin combined social volume just hit the highest level in the entire last year with 113,816 posts today (still climbing).

Thank you @jack for being such an incredible leader. https://t.co/bJshmQ1if3 $btc pic.twitter.com/hUgWPT3Whd

This data was backed up from an observation from Jason Yanowitz, who pointed out that 12 hours after the hashtag emoji was added, Bitcoin was the 18th most used hashtag in India, with many in that segment of the crypto community publishing tweets with the fresh-faced hashtag.

Although there has not been a clear correlation found between Bitcoin-related social volume and price action, it wouldn’t be a stretch of the imagination to think that the more people talking about cryptocurrency, the more investment interest there should be.

This, of course, would mean that Twitter’s addition of the Bitcoin emoji is rather positive for the cryptocurrency space as a whole.

Whether or not that effect is felt in the price of BTC, though, remains to be seen.

Twitter’s CEO, Jack Dorsey, isn’t stopping at only Twitter having the Bitcoin emoji.

In a tweet in which he effectively announced the addition of the feature by tweeting the hashtag, Dorsey tagged the account of Unicode, the world standard for text and emoji.

Should it be submitted to the Unicode standard and then approved, it would make using the Bitcoin emoji much easier to use in applications.

What is the true value of a cryptocurrency? Crypto is driven by the community. Learn More