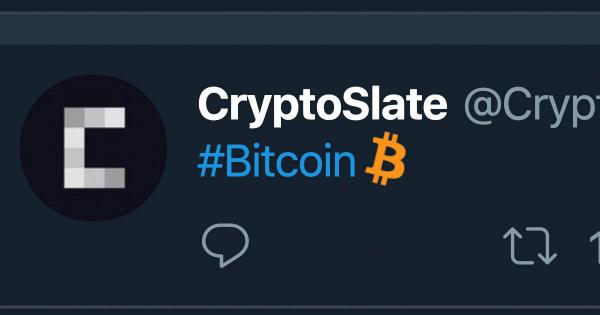 Bitcoin HODLers, uh, rejoice! Today, Twitter bequeathed on us a gift: the Bitcoin hashtag now has its own emoji. To use the emoji, all you need to do it enter the hashtag of “Bitcoin,” and the emoji will magically appear on your screen.

While this isn’t a case of crypto mass adoption per se, the community has gone mad over this small nod to Bitcoin by Twitter.

For some reason or another, the cryptocurrency community as a whole has gone bonkers over this announcement. Bonkers bonkers.

If you haven’t tweeted out “#Bitcoin” yet, are you even a part of the revolution?

Below is a perfect case in point. (While the newfangled emoji doesn’t appear in the embedded tweet, it does on the Twitter client.)

Bitcoin joins other hashtags with their own emojis, including #metoo.

While it isn’t clear who ordered the addition of this tag, Twitter’s CEO, Jack Dorsey, has long been an outspoken proponent of Bitcoin, calling the cryptocurrency the leading contender to be the currency of the entire Internet in a podcast with Joe Rogan.

So from the looks of it, this is Dorsey acknowledging his love for Bitcoin through a simple emoji.

As Twitter prepares for a massive cleanup of inactive accounts, the crypto community urged the company to memorialize the account of legendary programmer and early Bitcoin adopter Hal Finney.