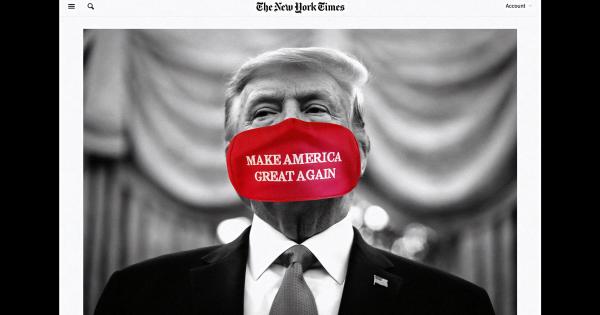 Photo by visuals on Unsplash

The Trump administration announced the launch of a new task force aimed squarely at “cyber fraud” and digital currency, identifying financial market fraud as a key issue and placing cryptocurrencies under the microscope.

Announced via an executive order published July 11, 2018, the Task Force on Market Integrity and Consumer Fraud is intended to expand the powers of regulatory bodies and agencies to “investigate and prosecute crimes of fraud,” placing digital currency-related crime within the scope of investigation associated with traditional financial crimes such as fraudulent investment schemes or money laundering.

The rapidly evolving cryptocurrency market is home to an increasing amount of fraud, as evidenced by a recent white paper on financial crimes published by the Beijing Municipal People’s Procuratorate that demonstrates a 26% rise in illegal fundraising and financial crime. Earlier statistics published by UK national fraud and cybercrime reporting agency shows that cryptocurrency-related crime has tripled in the last two years.

Cryptocurrency scams targeting the elderly and uninformed are particularly concerning to regulators both in the US and UK — UK MP Eddie Hughes commented on the rise of these scams that target he elderly, highlighting the importance of action against fraud:

“Any advertising that I’ve seen trying to sell cryptocurrencies to people – and I’ve seen some dreadful examples of targeting retired people – it just feels like a scam … We’ve got elderly people who are very vulnerable to the idea of get rich quick schemes, and the people who trade on those adverts are not regulated in the way that ordinary financial services are regulated.”

Regulatory Changes on the Horizon

The new Trump task force will bring together the SEC, the CTFC, and the Department of Justice to enhance cooperation between agencies.

Trump’s executive order, however, suggests potential regulatory changes that could have a significant impact on the cryptocurrency market. This allows the Attorney General to make recommendations to the President for “changes in rules, regulations, or policy, or recommendations to the Congress regarding legislative measures, to improve the effective investigation and prosecution of fraud and other financial crimes.”

Deputy Attorney General Rod Rosenstein elaborated on the Trump administration’s position on financial fraud at a press briefing regarding the order in Washington, stating that,

“Fraud committed by companies and their employees has a devastating impact on American citizens in the financial markets, the health care sector, and elsewhere.”

Cryptocurrencies — specifically Bitcoin — have remained under intense scrutiny from the White House, with Press secretary Sarah Huckabee Sanders stating last year that the administration is actively monitoring the cryptocurrency market:

“[Bitcoin] is something that is being monitored by our team here. Tom Bossert, with the Homeland Security team, an advisor to the president, has brought this up in a meeting earlier this week. I know this is something he is keeping an eye on.”

The announcement of the Task Force on Market Integrity and Consumer Fraud follows a spate of crypto fraud cases that include a CFTC case against CabbageTech owner Patrick McDonnell, who allegedly defrauded investors out of $500,000 as detailed in a lawsuit filed in January.

2018 has also seen the CFTC and Justice Department work together in order to launch a criminal probe into Bitcoin price manipulation. With the SEC actively pursuing fraudulent blockchain startups and beginning to target blockchain scammers, a cooperative effort between the three agencies could dramatically improve the efficacy with which the US government is able to identify and shut down crypto-related criminal activity.