TRON announced the latest release of its side chain solution—Sun Network. 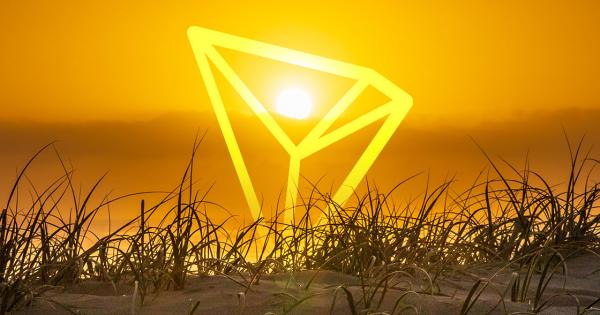 TRON announced the latest release of its side chain solution—Sun Network. The upgrade promises “unlimited scaling capacity,” similar to the optimism around Lightning Network for Bitcoin. Yet, the data suggests these bold claims could be more marketing-speak than anything else.

On Aug. 11, TRON announced a new version for the Sun Network, a scaling solution that would expand the network’s transaction capacity. The upgrade incorporates a series of scaling upgrades, such as “DAppChain,” which the TRON Foundation claims will improve the transactions-per-second (TPS) for smart contracts while lowering transaction fees. The upgrade also includes a cross-chain communication feature.

“Sun Network will contribute to a more active ecosystem of TRON… In addition, a series of scaling projects such as DAppChain and cross-chain communications will further expand the overall capacity of the TRON network, as well as improving the TPS and smart contract execution efficiency on TRON.”

Considering how often these metrics are used to promote TRON and the Sun Network it’s important to look at the hard data.

Evaluating TRON based on the numbers

For marketing purposes, Justin Sun and the TRON Foundation have a history of making comparisons to the leading smart contract protocol, Ethereum. Consequently, it’s important to take an objective look at a few important metrics to objectively evaluate these claims.

In terms of total transactions, EOS is by far in the lead—recording 4.5 million daily transactions. This is followed by TRON at 2.8 million. Finally, Ethereum comes in last with just 710,000 transactions.

Looking at this chart alone, an investor may think that TRON and EOS are superior networks because they have larger transactions counts. This, however, isn’t the full picture.

Both TRON and EOS offer free, near-free, and subsidized transactions, especially for end-users. Meanwhile, the median Ethereum transaction fee costs about $0.05. As a result, it’s expected that lower transaction costs translate into a larger number of transactions (though this raises the risk of network resources being abused for low-value purposes).

One metric that is supposedly effective at estimating the value of a payments network (not a smart contract network) is the dollar value of transactions conducted over that network. This is one measure by which Bitcoin advocates compare different payment-focused cryptocurrencies such as Litecoin, Monero, and Zcash.

Using this metric, Ethereum is clearly in the lead. The pioneer smart contract platform recently clocked-in $229 million in 24-hour blockchain-transacted dollar value. For comparison, EOS and TRON had $40 million and $8 million in value transferred over their networks.

To clarify, this metric only counts transactions that move on-chain. On-exchange volume, where coins do not actually move on the blockchain, are intentionally not counted in this metric.

When looking at these values, Ethereum has 28 times the value transferred over its network compared to TRON, even with the much higher transaction costs. This suggests that as a payment network, ETH dwarfs TRX.

The final metric is not total addresses, as Sun would suggest, but daily active addresses, a measure of the number of addresses which sent or received a transaction in the last 24-hours.

Based on this metric, Ethereum has consistently outperformed the other two networks in daily active addresses, reporting 293,000 active addresses most recently. Comparatively, EOS and TRON had 35,000 and 175,000.

This number may be a better gauge for how many individuals are using each network. That said, here it seems the TRON network is fairly active relative to the project’s size and market capitalization. This could potentially be attributed to TRON’s relatively strong dApp ecosystem, with highly popular TRX gambling dApps, like TronBet, potentially pushing up active user counts.

Will the Sun Network make a difference?

In July 2018, Justin Sun boasted that the TRON network is 80 times faster than Ethereum, implying a network speed of 1,200 TPS. In June, TRON claimed to have a TPS of 2,000. These figures would give TRON a network capacity of approximately 100 to 170 million transactions per day.

Meanwhile, at its peak, the TRON network was using conducting less than 6 million transactions in a 24-hour interval—just 6 percent of the network’s maximum capacity. This could mean the additional TPS from the Sun Network may go largely unused, although it could make more resource-intensive applications possible.

Most would also agree that lower fees are better for the adoption of a blockchain network. And, they are, in terms of stimulating usage.

But, the TRON network already charges near-zero fees for most users. Although, there are fees associated with bandwidth usage and other types of computer resources, but projects can also earn credits for these resources for free by locking-up TRX.

This kind of resource allocation is similar to how EOS.IO is set up, where users are not required to pay for transaction fees under a certain threshold. By centralizing computer resource providers to a few dozen super representatives (or block producers in EOS’s case), both of these blockchain protocols are able to achieve higher levels of transaction throughput at the cost of decentralization.

Arguably, one of the best metrics for evaluating the efficacy of an open-source smart contract platform is the number of monthly active developers it can attract and retain, suggests Electric Capital.

Here, both EOS and TRON have tiny developer communities compared to Ethereum. Ethereum has over 1,200 monthly active developers working on its main code repository compared to EOS’s 225 and TRON’s 65.

Overall, it seems that the metrics the TRON Foundation selects and presents, along with its protocol upgrades, are—as expected—more marketing hype than anything else. Ethereum is still clearly in the lead in terms of active development and industry adoption based on observable numbers, as much as Justin Sun would like investors to think otherwise.

In terms of total transactions, it’s unlikely that Ethereum will outperform more centralized systems like TRON and EOS, which can drive down costs by centralizing computer resources— even with sharding—by nature of how distributed networks are bottlenecked by the number of participating nodes.

Yet, it seems disingenuous to claim TRON is outperforming Ethereum, especially when the metrics appear cherry-picked to push the pro-TRX narrative. Justin Sun himself has even admitted—and apologized for—using “vulgar hype and marketing behavior” and utilizing “marketing gimmicks” in a letter meant for his Chinese audience.

Back to the Sun Network, the upgrade seems unlikely to live up to its hype of “unlimited scaling.” Even if it could bring about unlimited transaction throughput, the metric is largely irrelevant if there aren’t enough users and developers on the network.

Recently, the Tron CEO promised to limit the “overmarketing” of Tron in a now-deleted apology.

Unsurprisingly, Sun is back to relentlessly marketing Tron platform with his latest tweet claiming that his first priority is to get Tron back into the top 10 on CoinMarketCap and BitTorrent into the top 30.

More than anything else, Justin Sun’s eponymous scaling solution seems like another piece of marketing meant to position TRON as a viable alternative to Ethereum and Bitcoin. 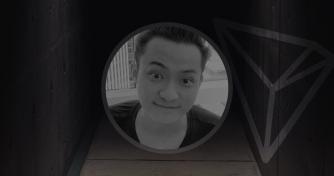 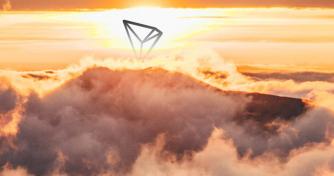 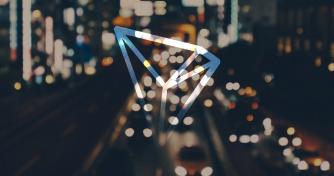 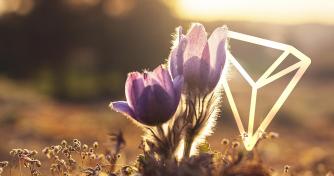