The Kusama Kingdom is expanding with the launch of Queens

The sought-after Kusama Kings are getting their female counterparts. 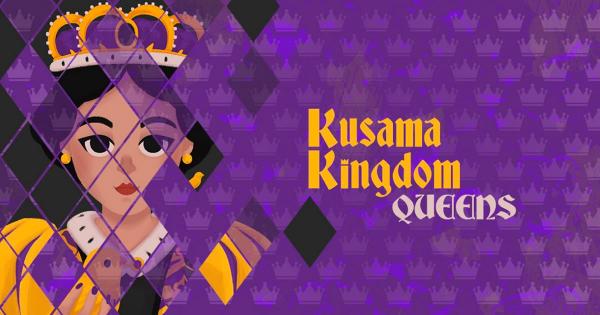 The Kusama Kingdom, home of the popular Kusama Kings, is welcoming a new addition to its ecosystem—a collection of Queens.

RD Studios, the development team behind Kusama Kings, will roll out 110 Queens to accompany the Kings in the Great Hall and bring more utility to the tight-knit community of its owners.

The Kusama Kingdom is getting its queens

Launched last fall on Kusama, Polkadot’s canary chain, the Kusama Kings collection has seen its popularity skyrocket in the past few months. The whimsical Kings, each one boasting a unique set of characteristics, have attracted a strong-minded group of owners.

KBL, part of the development duo behind Kusama Kings, said that he could have never envisioned where the community would take their beloved Kings. What started out as a fun project quickly turned into something much bigger, with Kings now offering their owners the utility they never would have had with other non-fungible tokens.

To celebrate the success of the Kusama Kingdom, RD Studios announced that they will launch 110 Kusama Queens to accompany the Kings in the Great Hall.

“We believe The Great Hall still has room to grow and by inviting more people we will only strengthen as a community,” they said in an announcement.

The 110-strong community of King owners will double in the coming months with the addition of Queens, but the expansion will be short-lived. RD Studios said that after the Queens are launched, the Great Hall—a private server hosting the Kusama Kingdom community—will be closed forever and no further collections will be granted access.

The Queens will follow the same rarity structure as the Kings and include 60 Limited, 25 rare, 15 Ultra Rare, and 10 Legendary ones. They will also have every privilege that the Kings have, with the exception of dividends from the King’s bounty. However, that doesn’t mean that Queens won’t bring value to their owners. Utility will be developed and added over time, RD Studios said, noting that they have historically under-promised and over-delivered all of their commitments.

They also announced that 5% of Queens sales will be set aside in a fund dedicated to supporting women entering the crypto space. The team will collaborate with Women in Crypto, an organization supporting the growth and collaboration between women across the crypto industry. The funds will be used to support a variety of causes and initiatives, including educational events, grants to promising women artists, and even providing devices to enable women to sent remittances home.

According to KBL, the Queens enabled the duo to have more fun with the Kusama Kingdom. While they always planned to expand the Kingdom beyond the primary Kings collection, it wasn’t until recently that they started working on creating their female counterparts.

Holding a Queen of each rarity will enable users to claim the respective Frog for their Queen, building on a story about ten princes that were turned into frogs by an evil witch. The fun with Queens doesn’t stop there—users that hold a King and a Queen will be able to purchase a wedding ring. Married Kings and Queens will be able to produce a baby, a custom NFT that takes on the characteristics of both the King and the Queen. And with only 50 wedding rings available, the babies are set to be a sought-after item in the Kingdom.

KBL said that the goal for the Kingdom is to add real value to all of its holders. King owners are already able to access Kings Bounty, a risk-free quarterly dividend based on investments undertaken by the council. The Kusama Kingdom will also be integrating with Moonsama, giving all Kings and Queens access to the game.

Queens will also grant their owners the right to participate in private sales, which KBL said should begin to flourish in the coming years.

A previously unseen illustration of the Legendary Space Queen

When it comes to the future of the Kingdom, KBL told CryptoSlate the Queens will be the last collection in the Kusama Kingdom to gain access and the utility that comes with The Great Hall.” The duo will certainly be releasing other collections in the future but is yet to decide on the direction and the timeline of the release.